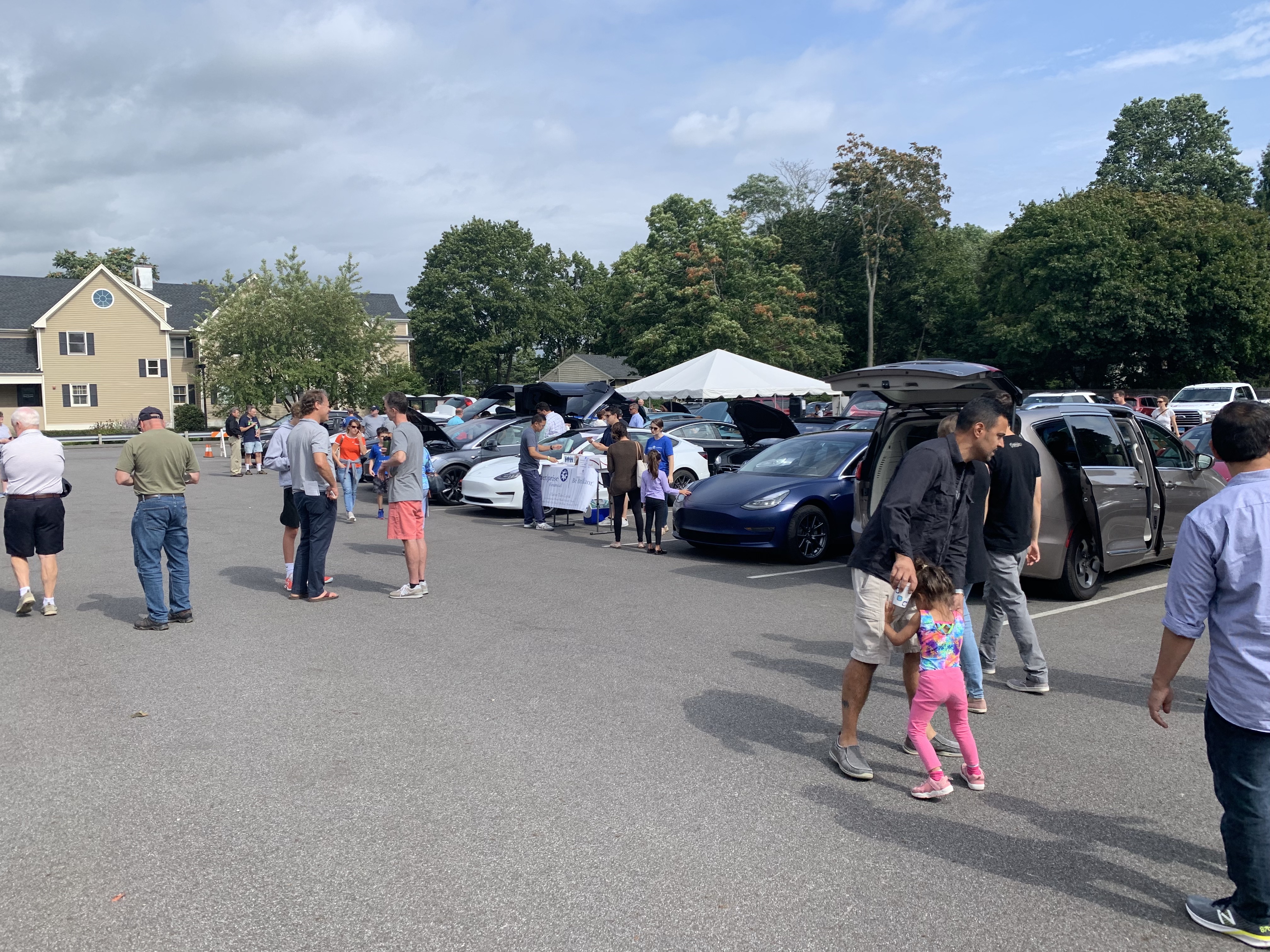 The Green Wheels Expo, one of many Drive Electric Week events being held around the country, had its strongest showing ever.

Over 70 EV owners exhibited their vehicles, along with 7 dealers and Tesla who held offered test drives. According to Scott Thompson, one of the Sustainable Fairfield leaders who organized the event said that attendance was higher in Fairfield than in similar events in San Francisco and Boston.

Along with many of the increasing numbers of EVs currently available, the event included an electric schoolbus. 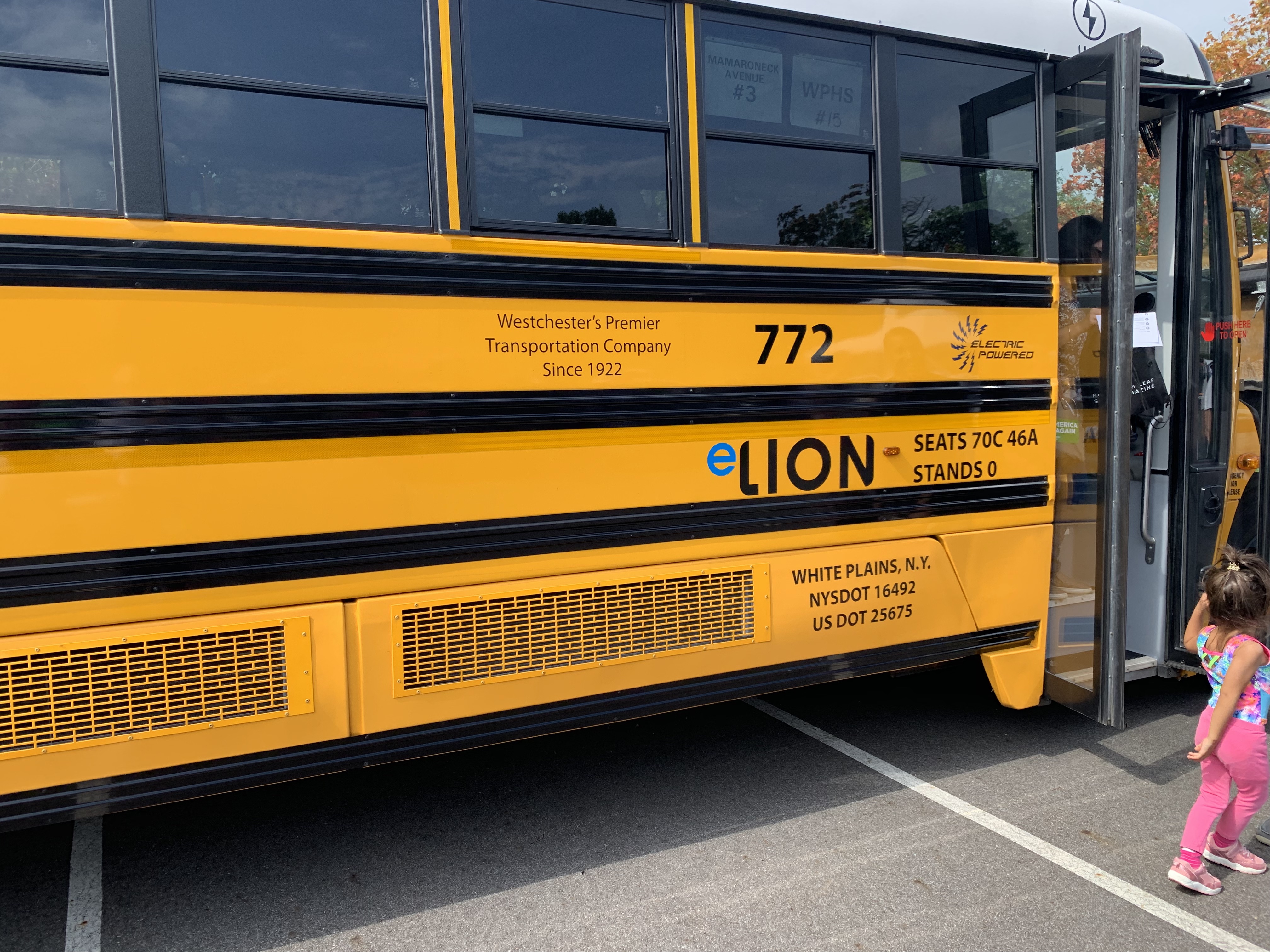 This bus, from National Express Transit, currently in use in White Plains, NY, is a battery only zero emission bus. It has a range of 62 miles, more than enough for its daily run. One of the more unique things about it is that the purchase of the bus was subsidized by Con Edison with the proviso that it can be used as a 2-way battery when not in use ferrying students. In other words, it serves as stationary storage, which can then can be tapped in periods of very high demand. This is a potentially tranformative application and it is something that has been discussed in the EV world for some time. It will also get your warranty voided, as manufacturers err on the side of caution with respect to its impact on battery longevity.

There is always room for a few novelties that, you never know, may be the wave of the future. This is a Honda Insight conventional hybrid with solar panels, which extend its electric range of operation, courtesy of Eugene’s Green Garage in Bridgeport. 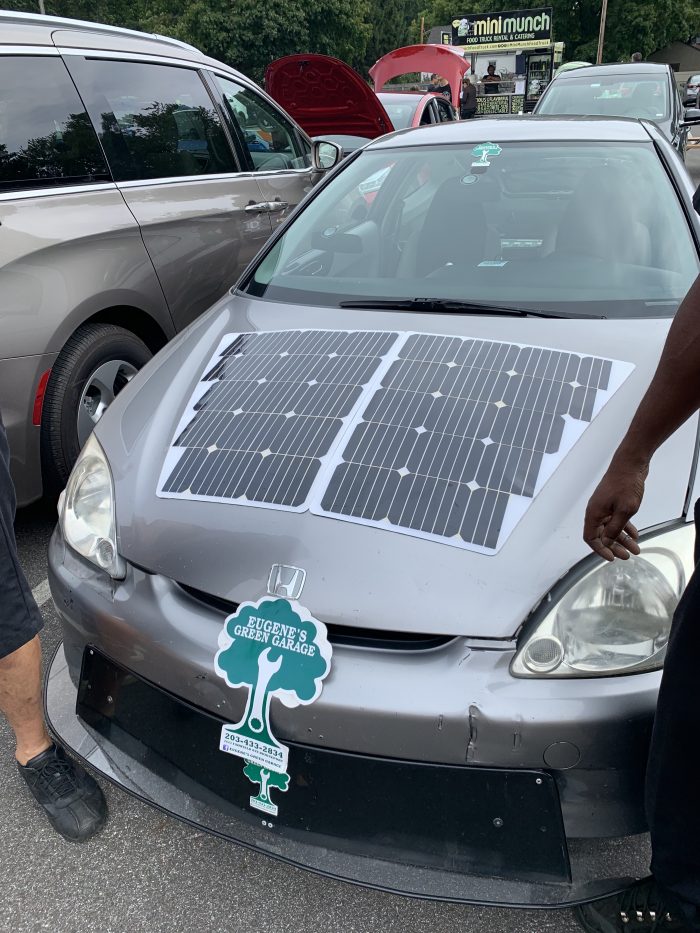 There were several public officials on hand. In the photo below are Rep. Jonathan Steinberg and Sen. Tony Hwang. 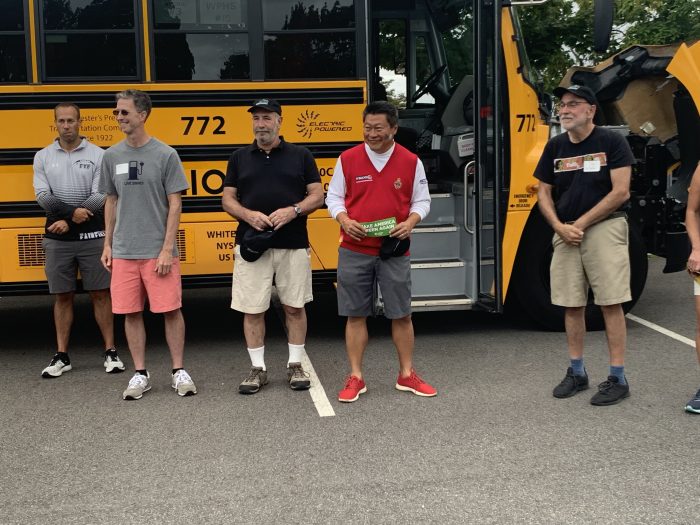 National Drive Electric Week runs through September 22 with many events scheduled in the coming days. Find one near you with with this link.