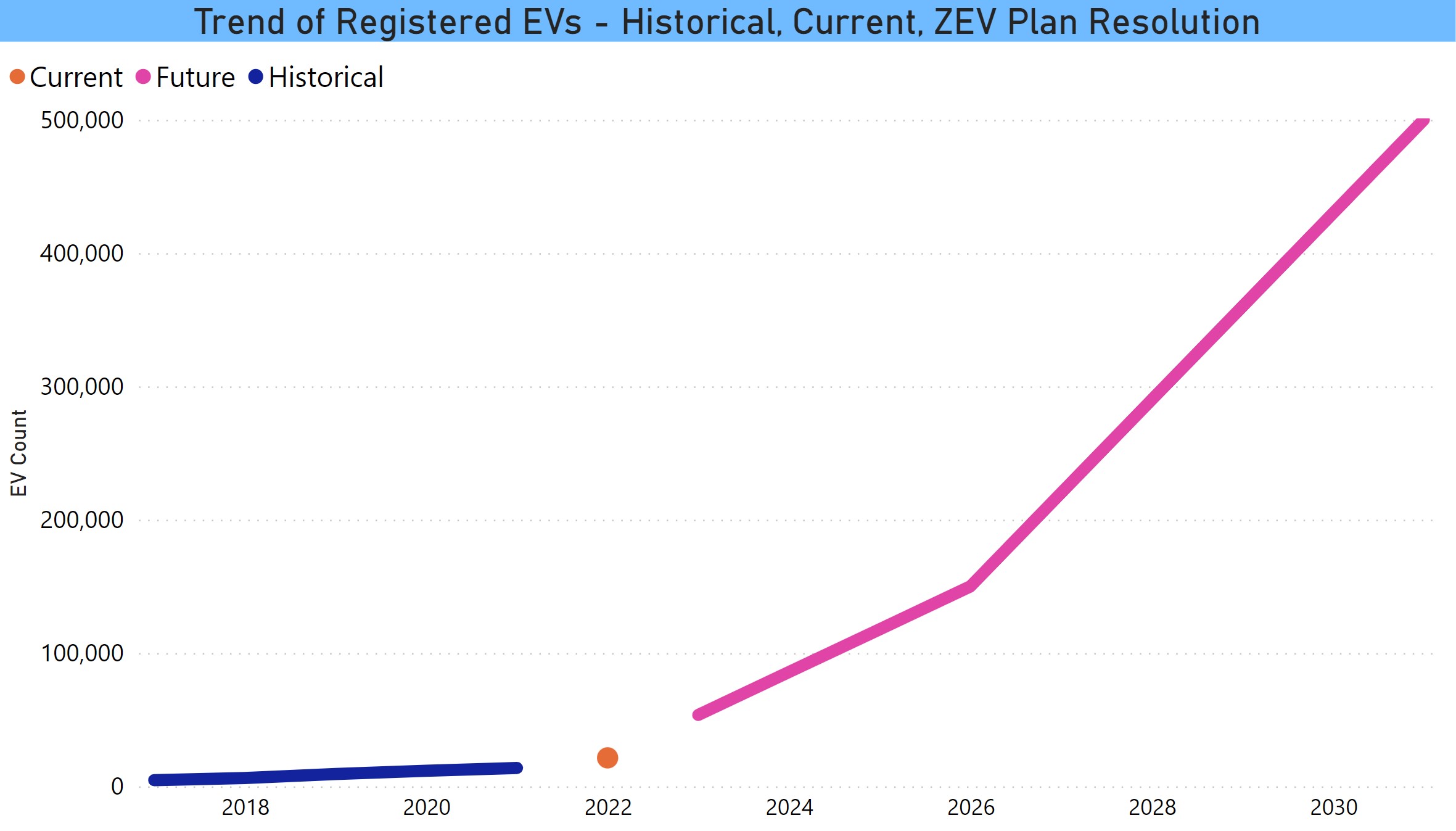 Time to Get Moving

There have been any number of data-focused posts on this blog tracking the details of EV adoption in our state, not to mention references to the goals the state has set for itself via the MultiState ZEV Action Program Memorandum of Understanding. If the goal of a half-million registered EVs by 2030 were to be realized, it would represent roughly 20%, perhaps a bit less, of the entire statewide light-duty fleet. As each year goes by, the trend line has not been rising fast enough. The simple image above shows the historical trend beginning with our first data dump from the DMV in 2017 (blue), to the most current data point (orange), and then onto what the slope would need to be (magenta) for us to achieve the 150,000 interim goal by 2025, along the way to the final 500,000, calculated on a straight line basis. The chart goes to January 2031, which is the same as December 31, 2030. We need every day we can get.

We also need the right policies, such as direct sales and a more aggressive CHEAPR program. Direct sales has come before the legislature numerous times in the past without passing. If SB 214 has been brought up before the committee, it means it most likely has enough votes to pass out of committee. What happens next is harder to predict. We only know that if you don’t try, it won’t happen. We also know that there are more EV owners and advocates every year. The direct sales blog post has information about how you can help.