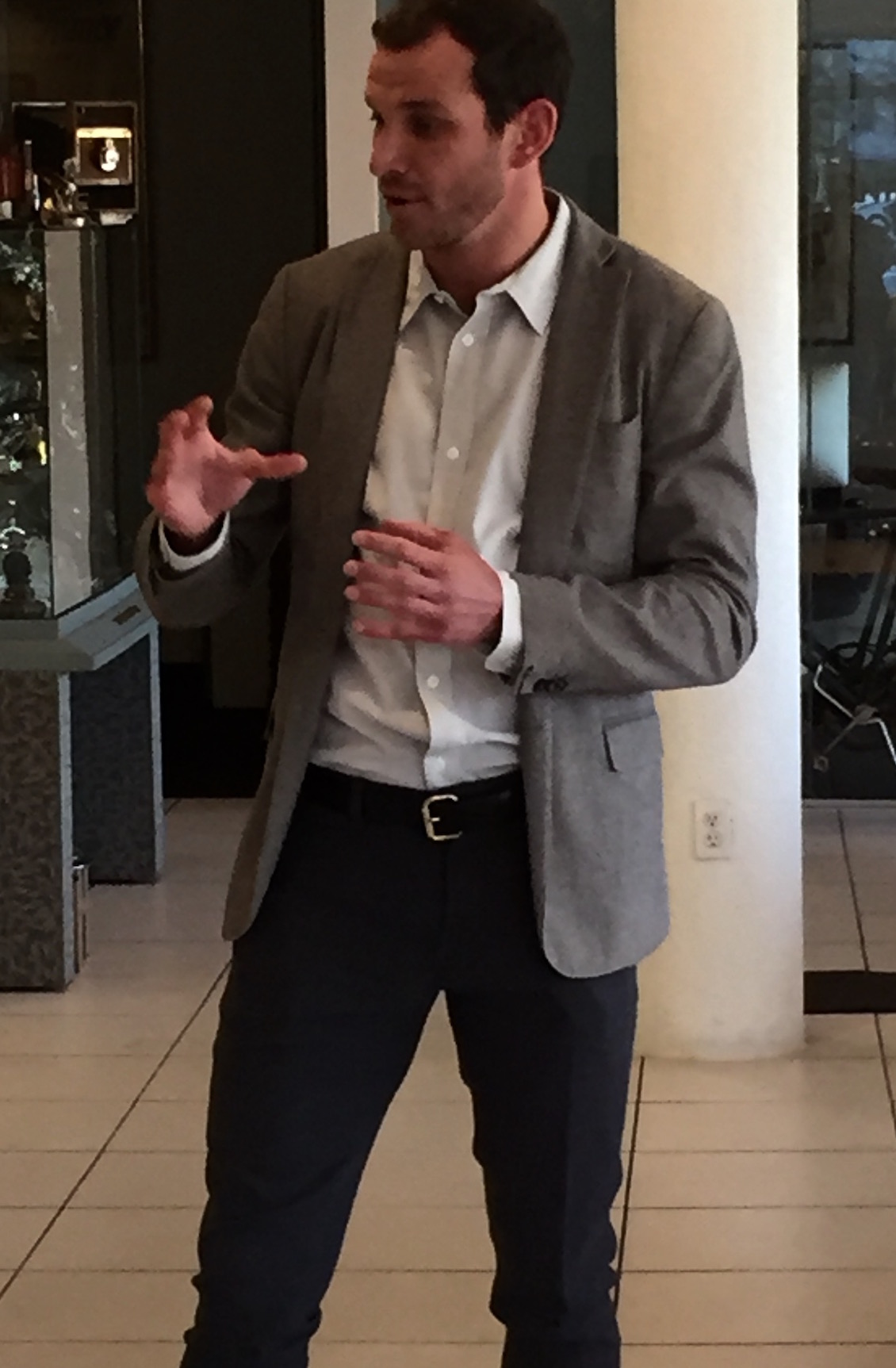 A crowd of 50+ electric vehicle (EV) enthusiast attendees filled the showroom at Dragone Classic Motors in Westport for a meeting of the Westport Electric Car Club (WECC) to hear remarks from Will Nicholas, Government Relations Manager of Tesla Motors, about proposed legislation in Hartford (Senate Bill 3) that would enable Tesla to open company stores in Connecticut. 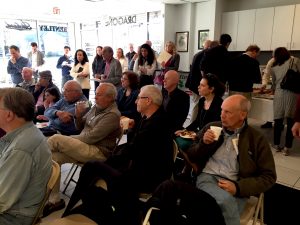 This is the second year that legislation that would enable Tesla to open stores in CT has been proposed in Hartford and there is vocal opposition from the Connecticut Automotive Retailers Association (CARA) as well as legacy manufacturers.

Connecticut is one of 5 states, along with Texas, Arizona, West Virginia, and Michigan, that have laws restricting the sale of cars to independently owned dealerships. Currently, CT residents wishing to purchase a Tesla must either do so online or visit a Tesla store in a neighboring state. The closest Tesla stores to Fairfield County are in White Plains and Mount Kisco, NY. There are currently about 1100 Teslas registered in CT.

There is some irony here in that one of the largest, if not the largest, impediment to legacy car manufacturers selling EVs is their own dealer networks. The NY Times ran an article in late 2015 entitled, “A Car Dealers Won’t Sell: It’s Electric.”

This is consistent with our experience at the WECC. We are an organization that tries to get people to drive electric. We educate the public and help facilitate a person’s journey to the plug-in vehicle that is right for them.  There are some dealers who are eager to work with us, and have sold EVs to our members as a result; there are numerous others who give us a cold shoulder. We offer many opportunities for dealers to speak at our club meetings and exhibit their vehicles to an interested audience at our EV road rally and other club events. These events include green fairs (we get invited to way more than we can handle!) and the Lime Rock Historic Fest.

SB 3 does not do away with the franchise law but creates an exception that would apply to Tesla and other prospective independent EV manufacturers (and there are a couple of nascent ventures in this area). The way this exception is worded in the bill applies to a manufacturer that does not currently have affiliated dealerships, manufactures only electric vehicles, sells only their own brand of vehicle at retail, does not hold a controlling interest in another manufacturer, and is not controlled by another manufacturer. This is a link to the text of the bill.

The bill won the approval of the transportation committee on March 14 by a vote of 29-4 and is now before the full Senate. Westport State Representative Jonathan Steinberg, who is on the House Transportation Committee, attended the meeting and pronounced the fate of the bill as uncertain. The legislative session adjourns on May 4, not leaving much more time to move it forward.

Tesla has already been a major force in the EV world even though their 3 vehicles to date have been expensive, niche vehicles. Their recent announcement of a mid-market priced vehicle, the Model 3, has been met with an astounding response with over 300,000 prospective customers placing a $1000 deposit to reserve one absent an actual car to see or test drive (and with no advertising support). To put this number in context, since the modern generation of plug-in vehicles (including battery EVs and plug-in hybrids) became available in 2010, there have been roughly 430,000 sold in total(in the USA) through March of 2016 (Source: InsideEVs.com).

Discussing Tesla’s business approach, Mr. Nicholas describes the Tesla brand as standing for a set of environmental values and a customer experience that is carefully curated by the company. Mr. Nicholas likened Tesla stores to Apple stores, particularly with their unpressured sales environment. The traditional manufacturer/dealer model, he explains, does not work for this type of selling, nor is it economically viable for Tesla, at least not presently.

Tesla was reported (by The Hartford Courant) to be interested in opening 3 stores in CT. During his remarks, Mr. Nicholas said that number is more likely 5. In addition, Tesla would expand its servicing locations. Service centers are regulated differently than stores and there is currently one Tesla service center, located in Milford. Mr. Nicholas said that more will be needed to keep up with anticipated demand.

Tesla has represented that each location requires direct investment in the millions to set them up, would employ up to 25 individuals per location, and that their ability to sell directly would generate an additional $1.6 million in sales taxes for the state.