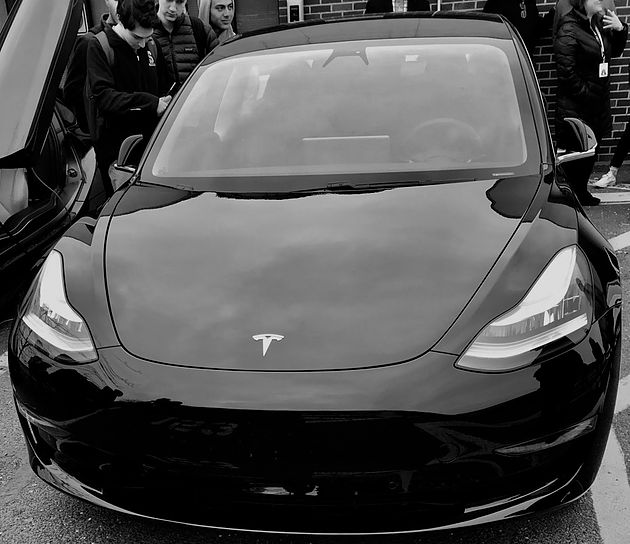 Westport Electric Car Club Member Bruce Becker is the recipient of the first Model 3 from Tesla to be delivered to Connecticut. As an existing (or should we say pre-existing) Tesla owner of a Model S, along with an early dive into the packed reservation queue, Becker was able to land his prize. The only way to have gotten it sooner would have been to be a Tesla employee. As of the end of January, Tesla had only delivered 3,647 units of the Model 3 with a backlog of over 400,000 non-binding reservations.

A gathering at the charging stations outside of Staples High School in Westport brought a number of onlookers and local officials. The timing is propitious as the CT State Legislature has just convened it’s “short session.” There will be another push to pass legislation that would allow Tesla to open stores in Connecticut, which is one of only a handful of states that do not permit this. As a result, CT residents have to travel to neighboring states to purchase, depriving CT of millions in lost tax revenues, not to mention the economic activity that would result from Tesla investing in facilities and hiring locally, and not to mention that Tesla manufacturers clean transportation vehicles in the USA.

The Westport Electric Car Club has started a petition to tell our legislators to support this legislation. It is easy to virtually support this effort. Just text “EV CT” to 52886. 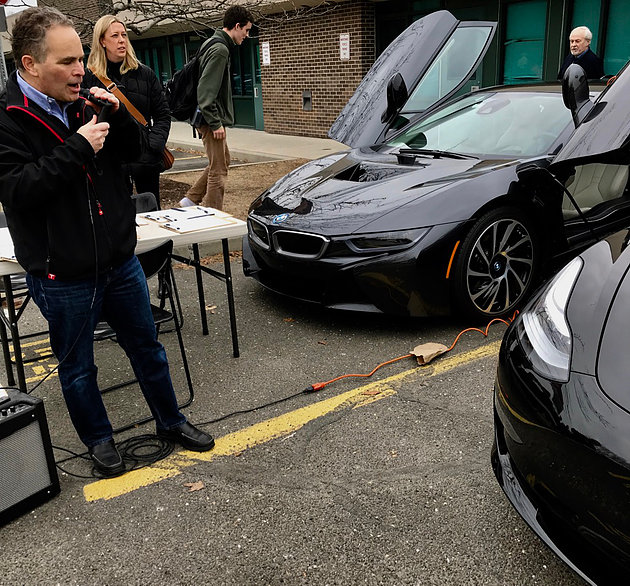 Becker described the Model 3 as providing an exceptional driving experience, smooth, quiet, responsive, more fun even than his Model S.

View of the trunk and panoramic glass roof. (Photo: Barry Kresch for WECC)

Here is the “frunk.” No engine = more storage. (Photo: Barry Kresch for WECC) 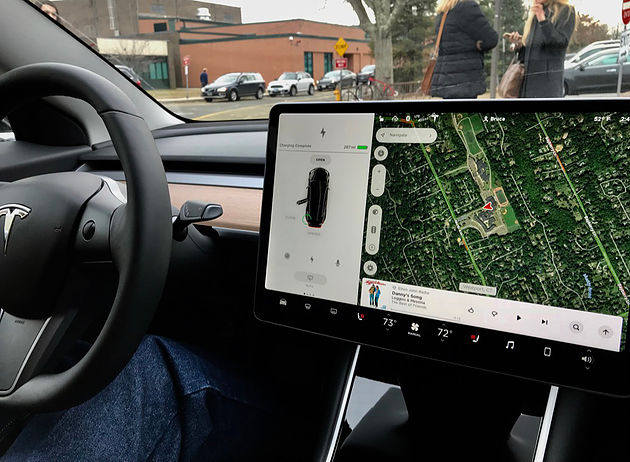 All of the controls are part of the screen. Otherwise, the dash is a clean laminated strip, partly visible here between the screen and the steering wheel. (Photo: Barry Kresch for WECC)

Please support our petition. The legislature is on a short timeline to act and now is the time to be heard.