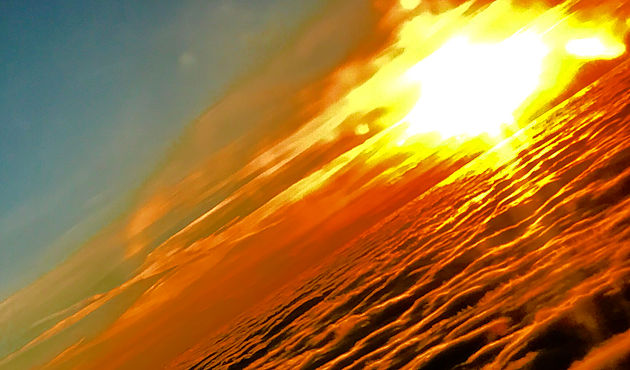 There was a documentary film called “Collapse,” which premiered at the Toronto International Film Festival in 2009 about a self-styled investigative journalist named Michael Ruppert who claims to have predicted the 2008 financial crisis. In this film, he purports to forecast a looming disaster caused by an insufficient supply of fossil fuels to support a growing world economy. “The mortal blow in human industrialized civilization will happen when oil prices spike and nobody can afford to buy that oil and everything will just shut down,” is how he characterized it.

Had that come to pass, it would certainly would have created some urgency to find alternatives. But that was then. Less than a decade later, we find ourselves awash in fracked oil and natural gas, and in the midst of a slow-burning (pun intended) climate crisis, where the political leadership at the Federal level in our own country, the largest country in terms of cumulative greenhouse gas emissions and the second largest in terms of current emissions, is more resistant to doing something about it than almost all other countries.

While Ruppert was wrong about “peak oil”, he made another comment that was more prescient with respect to the larger political dynamic: “It’s kind of sad because we as a species have become so disconnected from the Earth. We don’t have any real contact with the Earth. We don’t have any sense of its functions, its feeling, its seasons, its timings.”

If you would like more of a freak-out, albeit in a more soberly detailed, journalistic style, try reading The Sixth Extinction by Elizabeth Kolbert, who discusses (among other things) species adaptation in past cycles of climatic change and how this time is different. (It’s happening a lot faster, folks, too fast for evolution to keep up.)

Where this fits with EVs, of course, is that transportation accounts for 40% of petroleum use globally. The meaning of the phrase “peak oil” has changed from meaning the scarcity of supply to the turning point in consumption level. The projected EV adoption rate is a big factor in determining when that occurs.

According to a survey of forecasts published by Bloomberg, the earliest this is likely to happen is shortly before 2030, as forecasted by Bank of America. The intersection point in terms of the cost curves of EVs and conventional vehicles is forecasted to be 2025. The point at which EV sales surpass ICE sales is forecasted to be 2038. Others, such as major petroleum exporters Saudi Arabia and Russia, forecast this peak oil point to be further out, more like 2050.

One may be forgiven for feeling a sense of cognitive dissonance when looking at the landscape for EVs in the USA.

And yet there have been numerous ambitious announcements by major legacy auto manufacturers.

At least part of the reason for these plans is what is happening outside of the USA.

Plug-in vehicle models are becoming more numerous. Electric propulsion is beginning to be incorporated into larger vehicles. The energy density in batteries is steadily improving. Prices are coming down to the point where, eventually, incentives won’t matter. The EVs on the market now have mostly been well-received, are fun to drive, and will only get better and more diverse.

While there are different forecasts about when EV sales will overtake those of internal combustion vehicles and when peak oil consumption will occur, nobody thinks it won’t happen. The Georgetown Climate Center held a webinar on February 13 regarding planning for charging infrastructure for an EV corridor in the Northeast. Just to excerpt one sentence with respect to combating carbon emissions, “Without electrification of the transportation sector, there is no clear path to meeting our goals.”