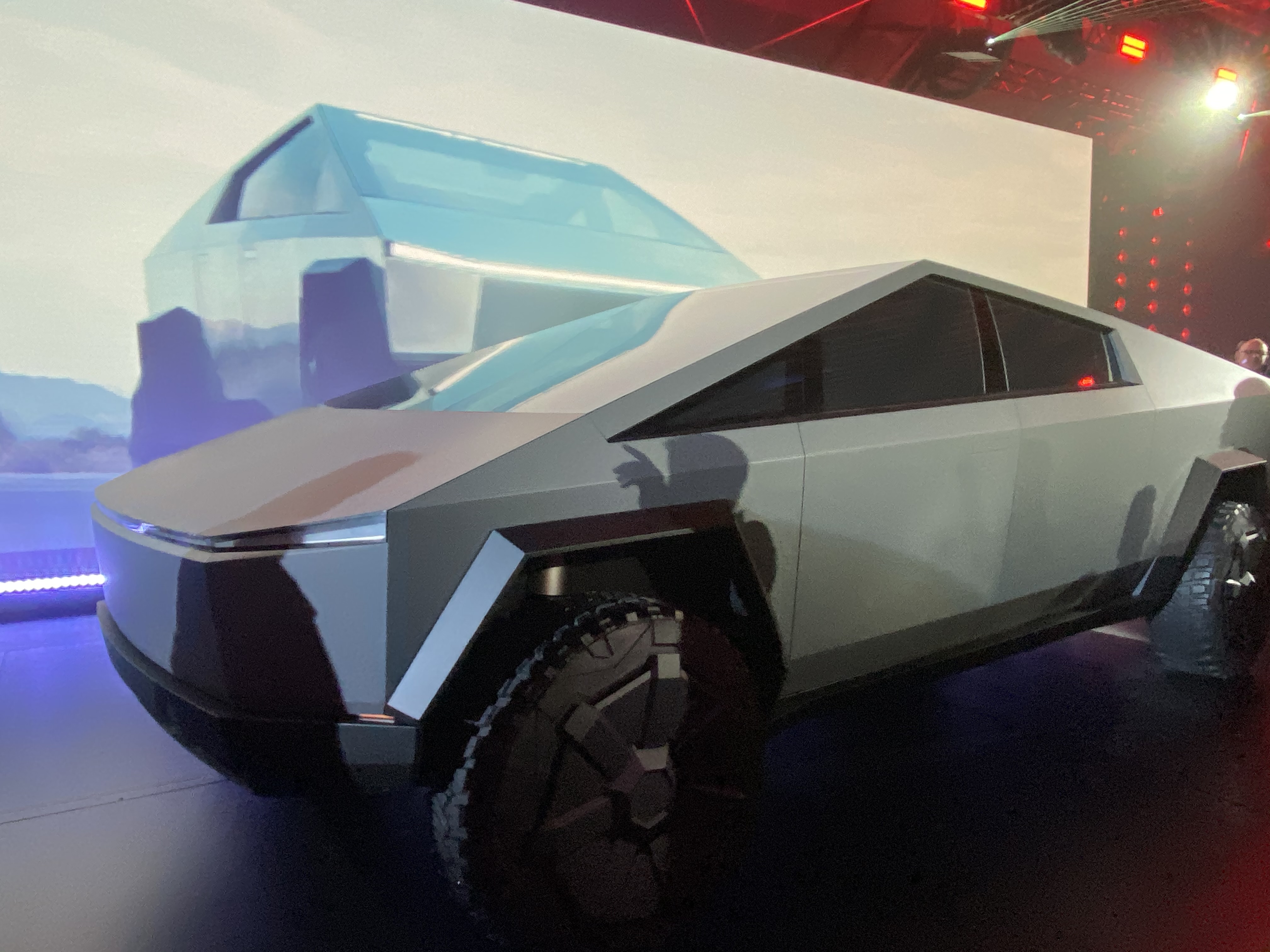 Club president Bruce Becker was invited by Tesla to attend the Cybertruck reveal.

The event took place on Nov. 21 at 9:00 PM Pacific Time. The early reviews of the design have been somewhat divided. Elon Musk, himself, described it as “pointy.” It has a distinctively high-tech, angular, military look.

The vehicle is certainly capable. The top trim level will travel over 500 miles on a single charge. Tesla showed videos of the vehicle towing a Ford F-150 and beating a Porsche 911 in a drag race. Musk invited an employee to sledgehammer the vehicle and he was unable to dent the stainless steel exoskeleton. The windows were less successful with their torture test. As Musk said, “Room for improvement.” 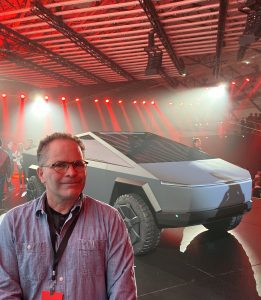 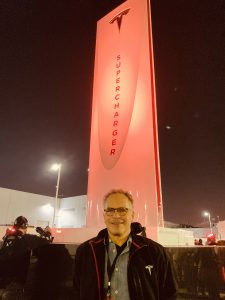 Tesla is taking reservations now. A refundable $100 deposit is required. Production of the vehicle is scheduled for 2021. This post is being written two days after the reveal and there is a report in TechCrunch that Tesla has taken 146,000 reservations, which would translate to about $8 billion worth of orders if all are delivered.

These are photos of Becker at the event, held near the Tesla Design Center in Los Angeles.