2015 has been a great year for our EV Club. From our third annual EV Road Rally to winning multiple awards to the productive relationships that have been developed with other environmental organizations, local officials, and businesses, a lot has been accomplished and provides us with a running start toward 2016. These are some of the highlights: 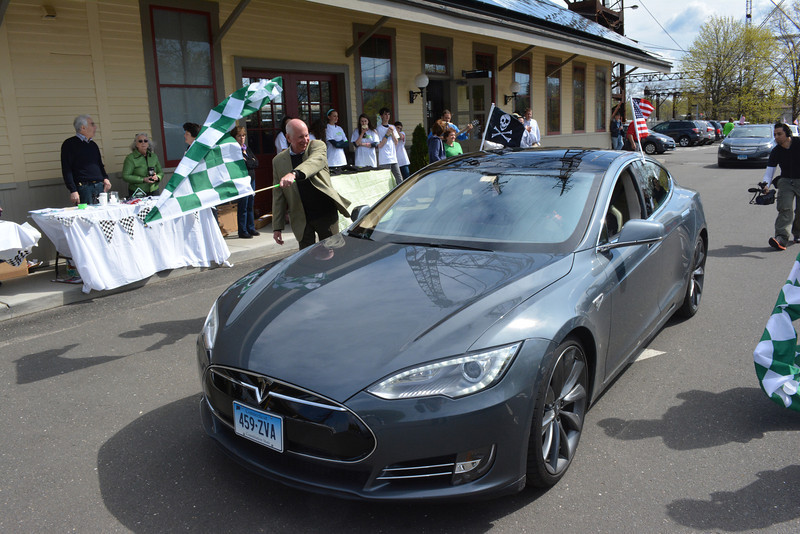 The third annual Westport Electric Car Club Road Rally was held under crystal clear blue skies on May 3, 2015. This year the club partnered with the Wilton GoGreen organization and the rally finish line was at their Green Festival. The rally for 2016 has been scheduled for Sunday, May 1. It will commence at the Saugutuck Metro North Railroad depot as in the past. Other details will be forthcoming early next year. SAVE THE DATE!

Our EV club was given three awards this year and we are grateful to have been appreciated by these organizations.

In August, the club participated for the second consecutive year at the Lime Rock Historic Fest and was given a Best in Show Award. 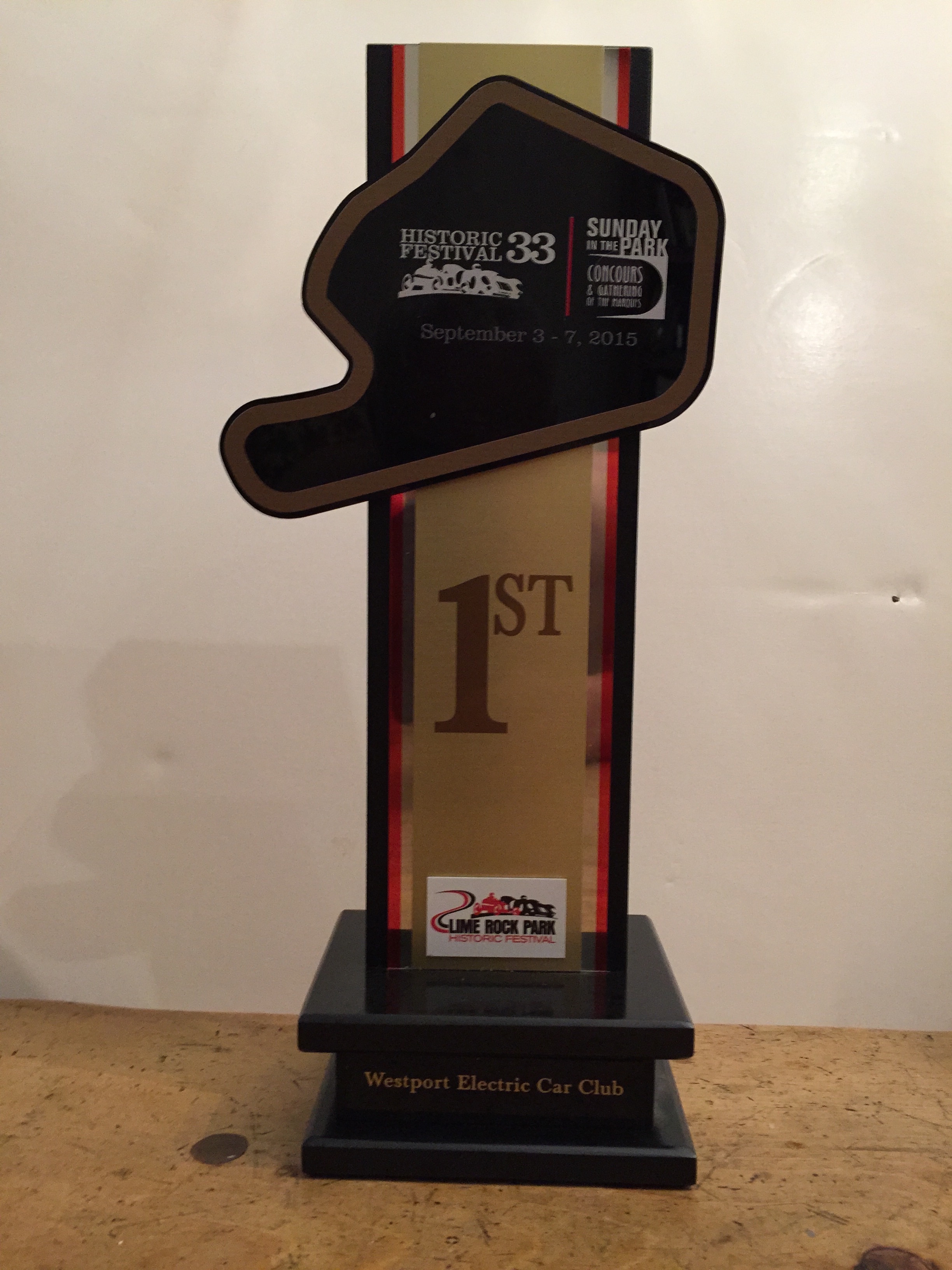 Award given to the WECC for its exhibit at Lime Rock Park. (Photo: Barry Kresch)

Our EV Club was one of the recipients of the 2015 WeGreen Westport awards, given by the Westport Green Task Force. 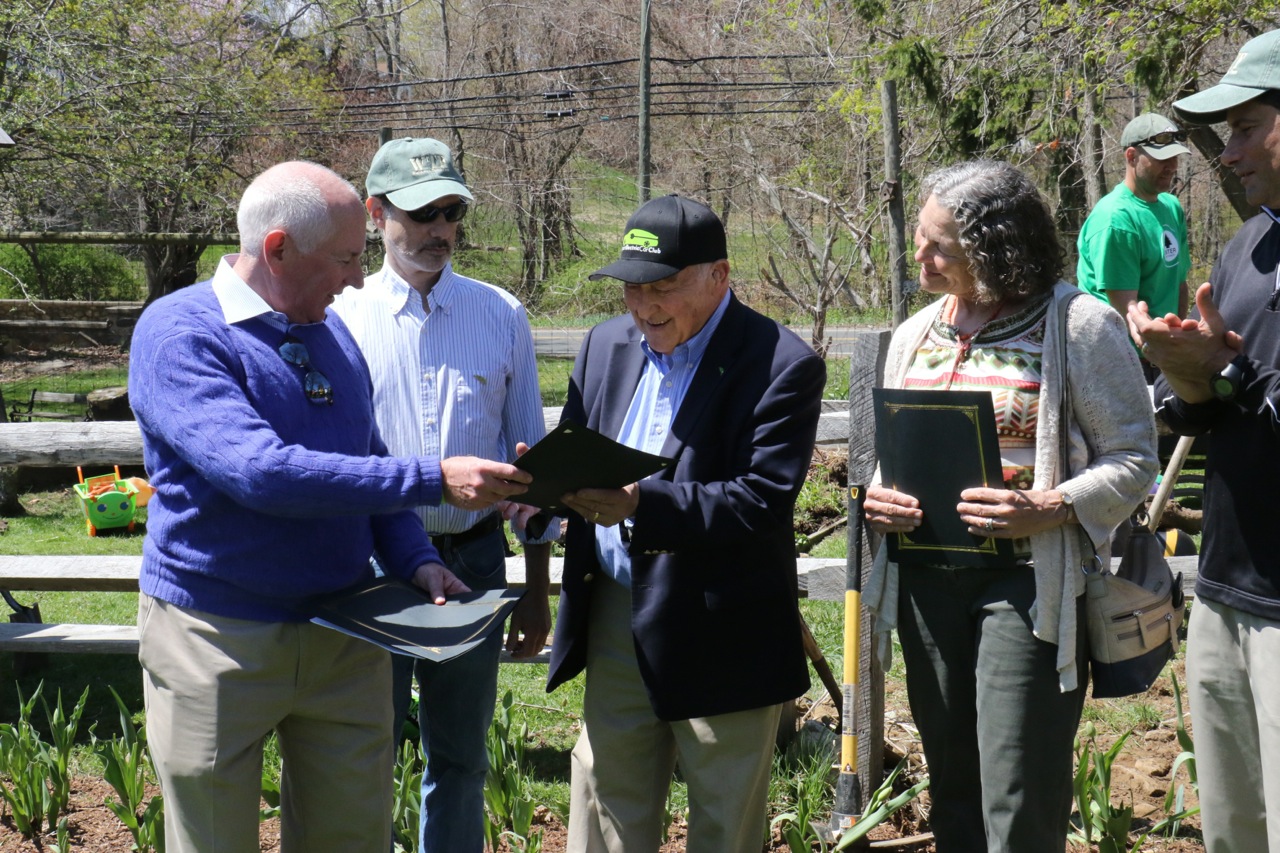 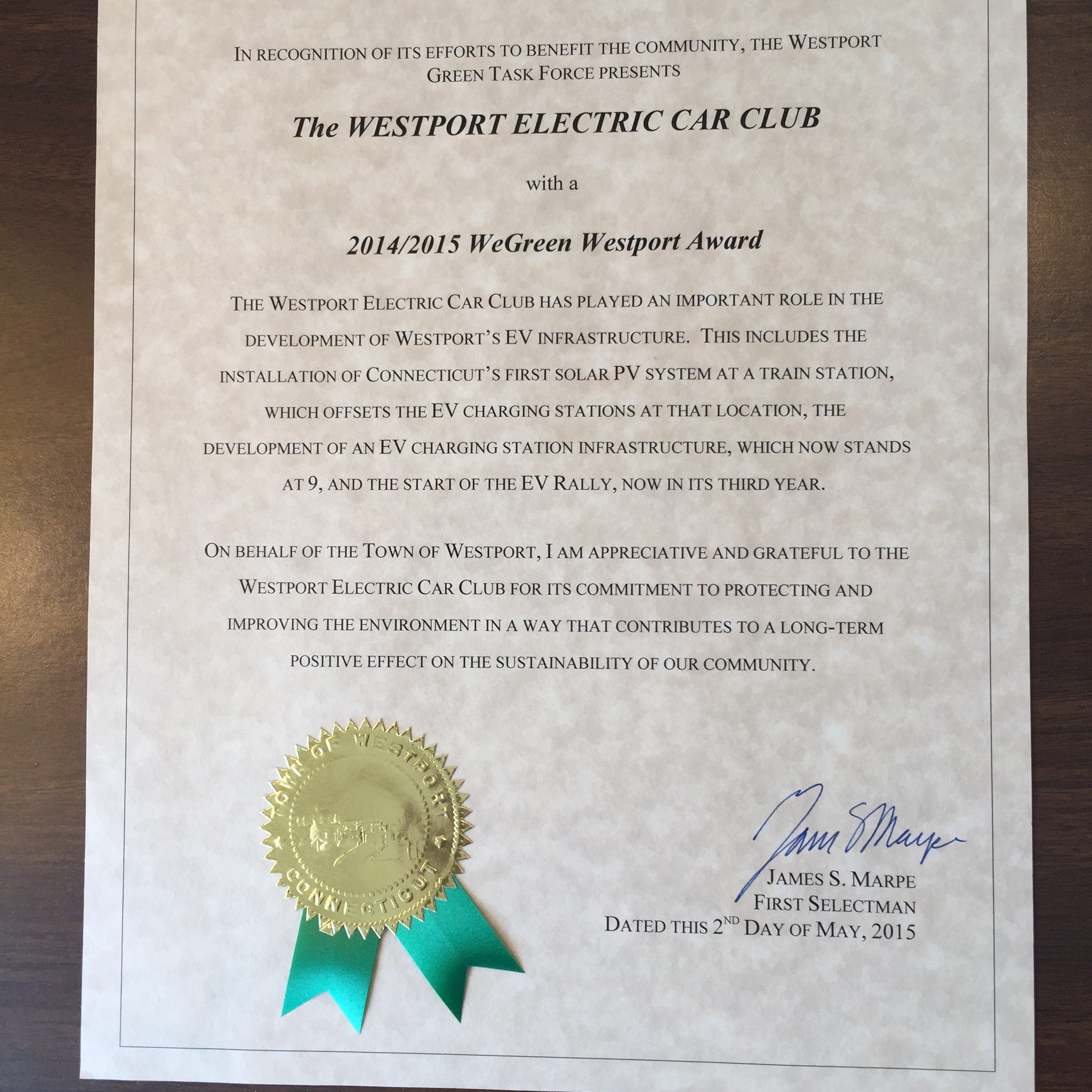 The WeGreen awards go to community organizations that contribute to the sustainability efforts in our community. 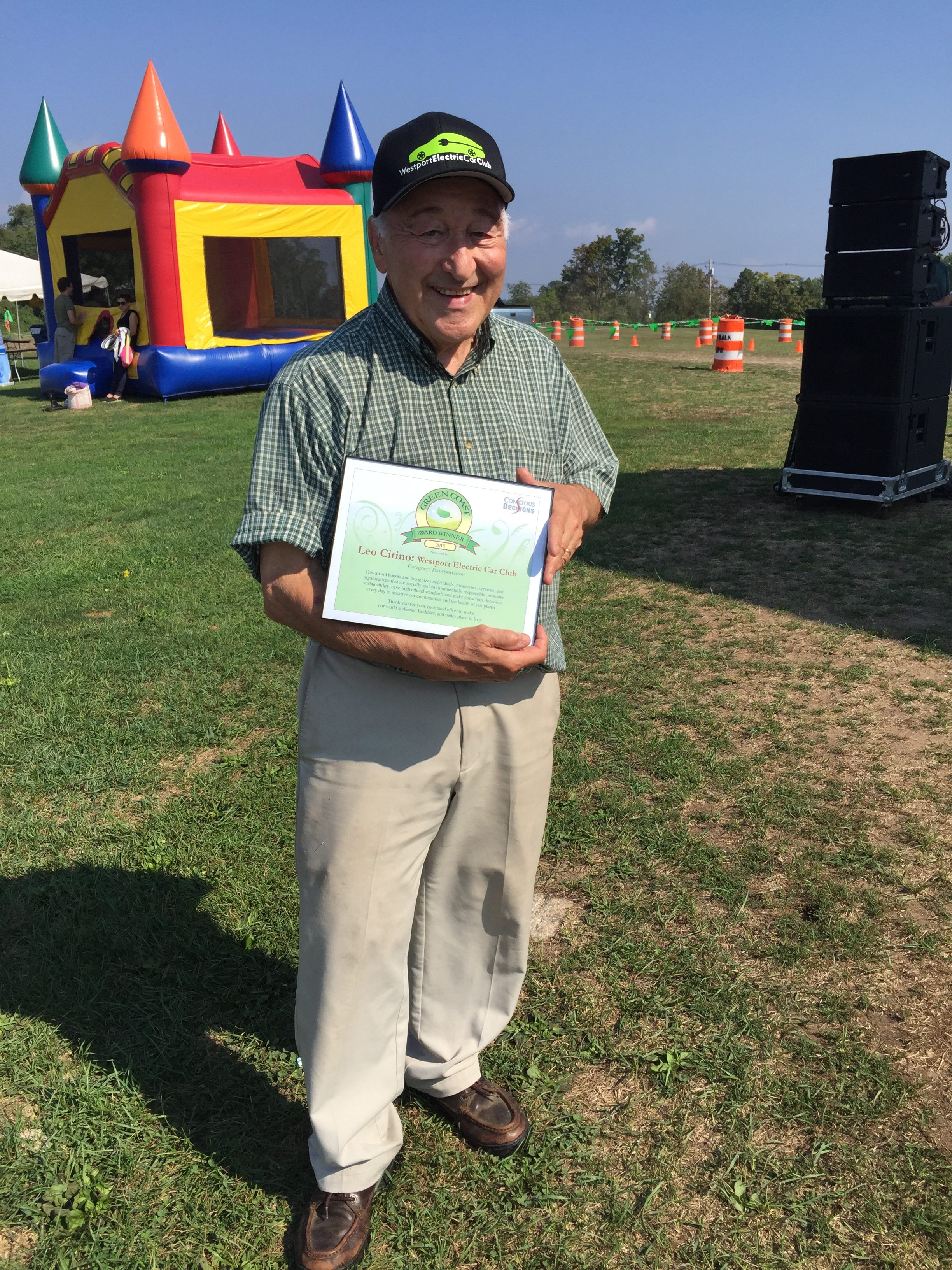 The WECC was given a Green Coast Award from the Conscious Decisions organization for its role in promoting environmentally responsible transportation.

Leo Cirino is pictured above holding the certificate for the Green Coast Award at the Taylor Park Green Festival. (Photo: Barry Kresch)

The club continues to work with local businesses and organizations.

One of the major EV introductions this year was the Gen 2 Chevy Volt. The club was invited to see a prototype at the Karl Chevrolet dealership in New Canaan, CT. The arrow points to one of the innovations of the Gen 2 Volt, which is an indentation along the side/top of the body to improve aerodynamic flow.

Karl Chevrolet offers club members a discount on the purchase of plug-in vehicles. Contact us for details.

In 2016, club members will be eligible to become members at the Tri-Town Teachers Federal Credit Union and their offerings of numerous no-fee banking services. The TTFCU is located on Jessup Road with two solar-powered level 2 charging stations adjacent. More detail on that coming in January.

The town added one additional public charging station in 2015, a second unit in the back of Town Hall on Myrtle Avenue. Both are level 2 and are free to use. There are now a total of 10 public charging stations in town. Aside from the TTTFCU and Town Hall, the others are at the Saugatuck Metro-North depot (four solar-powered level 1 chargers) and the Green’s Farms Metro-North station (two level 2 chargers). At the risk of repetition, all of these charging stations are free, though railroad parking regulations apply at Saugatuck and Green’s Farms.

We look forward to an exciting and productive 2016 and wish everyone a healthy and happy Holiday Season. Cheers!