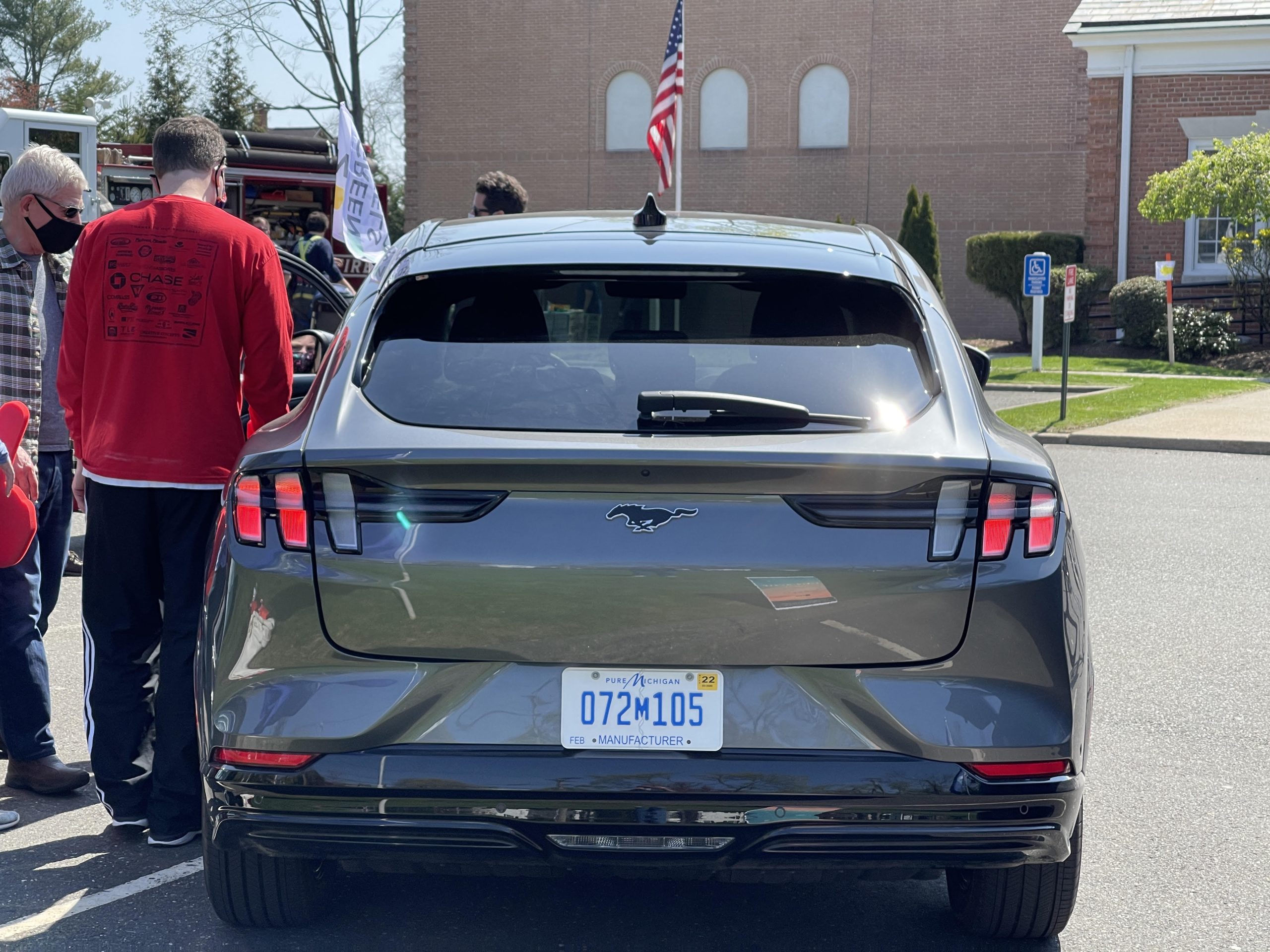 Dealerships Up In Arms Over Ford Demands

Sparks are flying between Ford dealerships and Ford Motor Corporate over a looming deadline for dealers to declare whether they want to opt-in to Ford’s new structure for selling EVs.

Despite the success of its two most recent consumer battery electric vehicle (BEV) entries, the Mustang Mach-E and the F-150 Lightning, Ford CEO Jim Farley said the company needs to further streamline its operations and specialize if it is going to become a leader in electric vehicles and achieve the kind of margins seen at Tesla. Farley announced in March that Ford would be splitting the company into 3 divisions: Ford Blue Oval, Ford Pro, and Ford Model e. Blue will sell the company’s ICE vehicles, including conventional hybrids and plug-in hybrids. (Ford currently sells only 1 plug-in hybrid, a version of the Escape, a low-volume vehicle with only 72 registered in CT as of July 1.) Pro is what it sounds like – commercial vehicles. Model e dealers will be the only dealers entitled to sell BEVs. Dealerships electing not to go with the certification remain Blue Oval.

Farley was quoted by CNBC as saying, “We are going all in, creating separate but complementary businesses that give us start-up speed and unbridled innovation in Ford Model e together with Ford Blue’s industrial know-how, volume and iconic brands like Bronco, that start-ups can only dream about.”

When Ford announced the particulars at its dealership meetings in September, dealers were advised that in order to be a Model e certified dealership, they must be prepared to invest up to $1.2 million for infrastructure, do business under certain prescribed rules, and make a decision by 12/2 (pushed back from the original deadline of 10/31). Those dealerships moving forward with this arrangement are to be Model e Certified Elite. Ford is also offering a lower-investment tier, just Certified (no Elite) of $500,000 that comes with a cap on the number of EVs they will get. According to Autoblog, the cap is 25 vehicles annually and they are not permitted to be displayed on the showroom floor. This may be a useful option for lower-volume dealers.

The Model e arrangement begins in January 2024. Dealers who do not opt for Model e will be given another window to do so in 2025 to begin selling EVs in 2027.

CT Dealers Invoke the Power of the State

The Farley plan is bold, but it seems to be too bold for CT Ford dealers. They complain that it is too high a mandatory investment in too short a time frame. In addition to the investment, dealers are reportedly not happy about the restrictive pricing policy, and generally being told what they can and cannot sell on any level.

As reported in CT News Junkie, local dealers have gotten state and federal politicians to speak out on their behalf. U.S. Senator Richard Blumenthal is quoted as saying, “I’m convinced there is a case that needs to be investigated here.” Presumably, he is suggesting that the Federal Trade Commission get involved. From State Representative Roland Lemar (D – New Haven), “I think we all are going to call on Ford strongly post this meeting to rescind these terms and to restart this conversation.” And State Senator Heather Somers (R – Groton) opined, “The amount of investment required for our local dealers is staggering, absolutely staggering.”

How often does it happen that private businesses are able to get government to intervene in a commercial dispute?

Ford’s plan is an aggressive gambit of the kind we haven’t often enough seen from the legacy automakers. Even though Ford is among the best positioned of these companies from the perspective of its having developed two of the most successful EVs, Farley deserves credit for pushing forward and betting on innovation.

But let’s unpack the dealership complaints.

Regarding notice, the dealerships have known this was coming since March. Though the specifics were not announced at that point, it looks to us like there were ongoing discussions with dealers, which is how the non-elite version of Model e came about as it was not a part of the earlier announcements. Yes, they have to make a big decision, but it did not come out of the blue.

According to Inside EVs, 90% of the upfront cost is for the installation of DC fast charging equipment. It is unlikely that any dealer will pay anywhere near $1.2 million. There are state and federal incentives available and they are generous. The state incentive is through Eversource and United Illuminating. DCFC installations can receive up to $150,000 (baseline) or $250,000 if the location is an under-served community, and the funds can cover 100% of make-ready (the expensive task of bringing the power, a lot of power, to the location) and up to 50% of the cost of the hardware. Furthermore, the make-ready can include oversized panels or additional conduit for future-proofing purposes. There is also a provision for EV chargers in the Inflation Reduction Act (rule-making for the IRA is still in progress). I would not be surprised if these incentives cover ~70% or more of the cost. Of course, Ford is not in a position to make specific promises about what in the way of incentives a given dealer would get, so they have no choice but to state the max cost.

If a dealership is going to be in the EV business, they need chargers anyway! Ford notes the ubiquity of its dealerships. This part of the plan will put EV chargers front and center and turn that necessity into a marketing asset. Ford has financing programs in place. And the dealers can charge for the electricity.

Not all dealerships oppose what Ford is asking. In fact, CT appears to be in the minority. CNBC quotes Tim Hovik, a Nevada dealer and head of the Ford National Dealership Council which represents Ford’s franchised dealers, who characterized the plan as “well-received.”

“The dealer body wholeheartedly agrees with Jim’s assessment, we very much want to be the most valuable franchise out there. We’re big fans of that,” said Hovik. “It’s really all about growth.”

No local Ford dealers spoke on the record in the CT News Junkie article. The only dealer quoted was Jeff Aiosa in his capacity as an officer of the CT dealer association. He owns a Mercedes dealership.

Dealerships have often been a weak link in EV sales. Not all of them, but many. Their innate conservatism is part of what is causing the traditional car companies to badly lag Tesla. The share of registered EVs in Connecticut that are Tesla is higher in 2022 than it was when I first began tracking adoption in 2017.

Ford’s Farley has commented that he would like to incorporate some of what he feels are the advantages of direct sales into the way Ford sells EVs. Ford, itself, cannot turn to direct sales. There are franchise laws and they’re not going away. I assume he feels it is pointless to challenge them even if he wanted to.

When I read about the Model e plan, I thought, “He’s figured out how to make lemonade.” The dealership in this model actually becomes an asset.

If every Ford dealer has publicly accessible DCFC prominently displayed, it sends a message to the consumer that this is a brand that is serious about selling EVs. The pricing transparency may work to reduce the dealer markups over MSRP or attempts to force customers to buy options they don’t want. Ford has been opposed to these practices. If owners of other brands are allowed, even encouraged, to charge at a Ford dealership, it is a way for them to see what Ford is offering and how they approach selling EVs that may influence the purchase of their next vehicle.

Aside from the chargers and pricing, the other requirements listed in the bullet points go beyond what many dealers offer today, but they will all contribute to a better consumer experience.

Ford is not so gently encouraging specialization. While a Certified-Elite dealer can continue to sell ICE vehicles, the program pushes them to emphasize, and I suspect at some point only sell, EVs.

Ford’s plan is a serious attempt to solve the dealership conundrum. It is different than the “put up or shut up” approach of GM, where the company ended up buying out 17% of its Cadillac dealerships that were not prepared to invest in EVs.

I beg to differ with Senator Blumenthal. We don’t need an investigation. We need forward-looking, consumer-friendly ways of doing business.

Multiple sources are reporting that two-thirds of Ford dealerships have elected to participate in Model e with the majority opting for the Elite certification level. There are some other areas where like CT there is a more organized level of opposition.

Lawsuits have been filed by dealers and their associations against Ford. We don’t have the Venn diagram to know the overlap between those who signed up for the program and those who filed suit. It is possible a dealership might opt-in to Model e to avoid being shut out of EV inventory and still participate in the lawsuits pushing back on Ford. A description of the cases can be found at FordAuthority.com. The article mentions some dealers and associations, but has no mentions regarding Ford dealerships in CT.