There are lots of sad (and angry) looking emojis in the very active Facebook community of Chevrolet Volt owners. It’s official: the Volt will soon pass into history. General Motors announced a round of cuts this week that will result in approximately 14,000 lost jobs and the closure of 5 manufacturing plants in North America. The Volt is assembled in the Detroit-Hamtramck plant and production will cease in March 2019. There are no plans to move Volt production to another facility.

Launched in 2010, the Volt was a path-breaking plug-in hybrid design with category-leading electric range and a back-up gasoline engine which acts as a generator to power the electric drivetrain. It was named North American Car of the Year in 2011. It boasts high user ratings and, presumably important, was one of GMs more effective “conquest vehicles,” meaning that Volt purchasers were less likely to have been previous GM customers than purchasers of other models.

Given a range-improving refresh with the 2016 model-year, the Volt is rated for 53 miles of battery range, plus another 370 miles at 42 MPG on gas. The average interval between gasoline fill-ups has been reported to be about 2 months, meaning this vehicle racks up a lot of electric miles while avoiding range anxiety.

The car has had respectable sales in the context of what EV models normally get, though after GM introduced the BEV Bolt, sales have slid. The Volt and Bolt have comparable sales at this point. According to Inside EVs, the Volt is the 5th highest selling EV over the first 10 months of 2018. (The Bolt is number 6). It averages roughly 1400 units per month, down considerably from its high-water mark in December of 2016 when it moved 3691 units.

The vehicle has a presence here in Connecticut as well. It accounts for 21% of all of the rebates handed out as part of the CHEAPR program (through Sept 30, 2018). 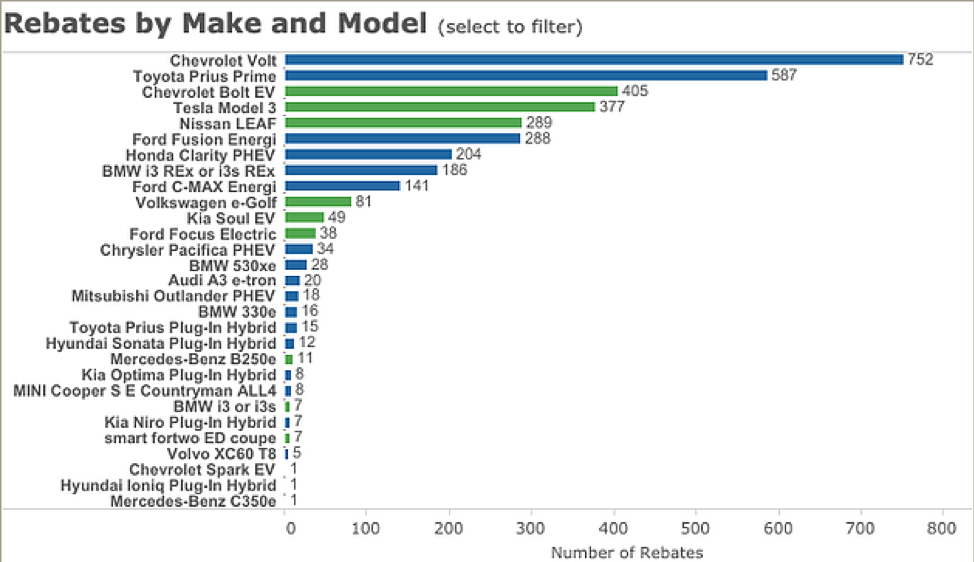 As of March 2018, the data point used in the most recent EV Dashboard published by the club, the Volt represents the second most widely registered EV in the state after the Tesla Model S, accounting for about 19% of all EVs in CT. (Deliveries of the Tesla Model 3 had barely commenced as of March.) 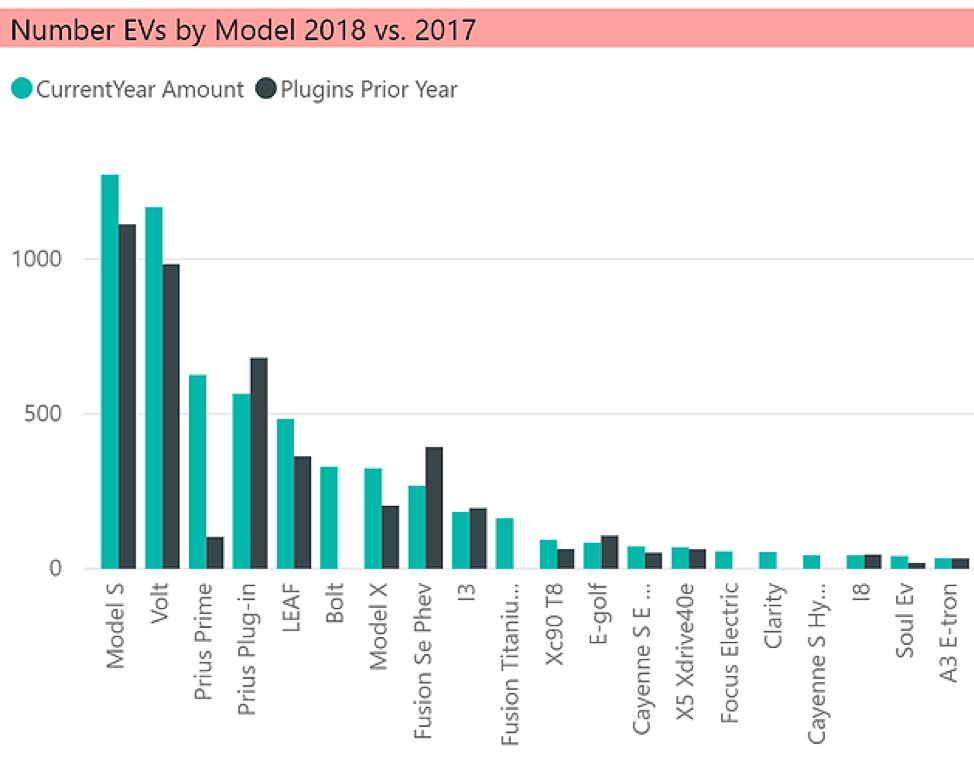 An important question is what can be read into this action by General Motors beyond cost-cutting, and the signals are not altogether clear. A sentence from reporting done by the NY Times reads that GM “said the move would ease the burden of spending billions of dollars to develop the battery-powered vehicles of the future.”

GM has always talked a good game about vehicle electrification, and they’ve developed some great technology. On the other hand, many in the Volt community feel that the company’s support of the Volt was tepid at best. And GM was one of the automakers that lobbied the Trump Administration to back away from the second phase of the CAFE mileage requirements that the industry had agreed to during the Obama Administration.

There is also the matter of the tax credit. GM is poised to cross the 200,000 EV unit sales threshold this quarter, becoming the second EV manufacturer after Tesla to do so, and faces having to sell electric vehicles absent the Federal Tax Credit once the phase-out period is over. There is a proposed bill in Congress that would extend the credit and remove the manufacturer cap. There is also a competing bill that would eliminate it altogether. It could arguably help Tesla and GM (or at least avoid them being competitively disadvantaged) if it were killed, though those of us in the EV community are hoping for the removal of the cap.

We have been in a prolonged period of relatively low gasoline prices. The chart below from Gas Buddy shows that while they are not at their lowest point in recent memory, they are still low and generally stable.

As we have seen in the past, low gas prices (ahem) fuel the consumer preference for SUVs and crossovers. And with these cuts, GM is following recent actions by Ford and greatly diminishing its passenger car offerings. This may have consequences down the road when prices inevitably spike at some point and consumer demand shifts to more fuel-efficient vehicles.

Business Insider published an article about the Volt in May of 2016, after the release of the Gen 2, which had great things to say about the car. To quote one sentence, “If you think it through, the Volt is…perfect!”

And yet here we are, arguably in a perfect storm of softening vehicle sales, a policy vacuum at the Federal level, tariffs raising the cost of production, a disappearing tax credit, and a manufacturer with a seemingly hedged strategy when it comes to EVs.

For now, all we can do is wait for the movie: Who Killed The Volt.