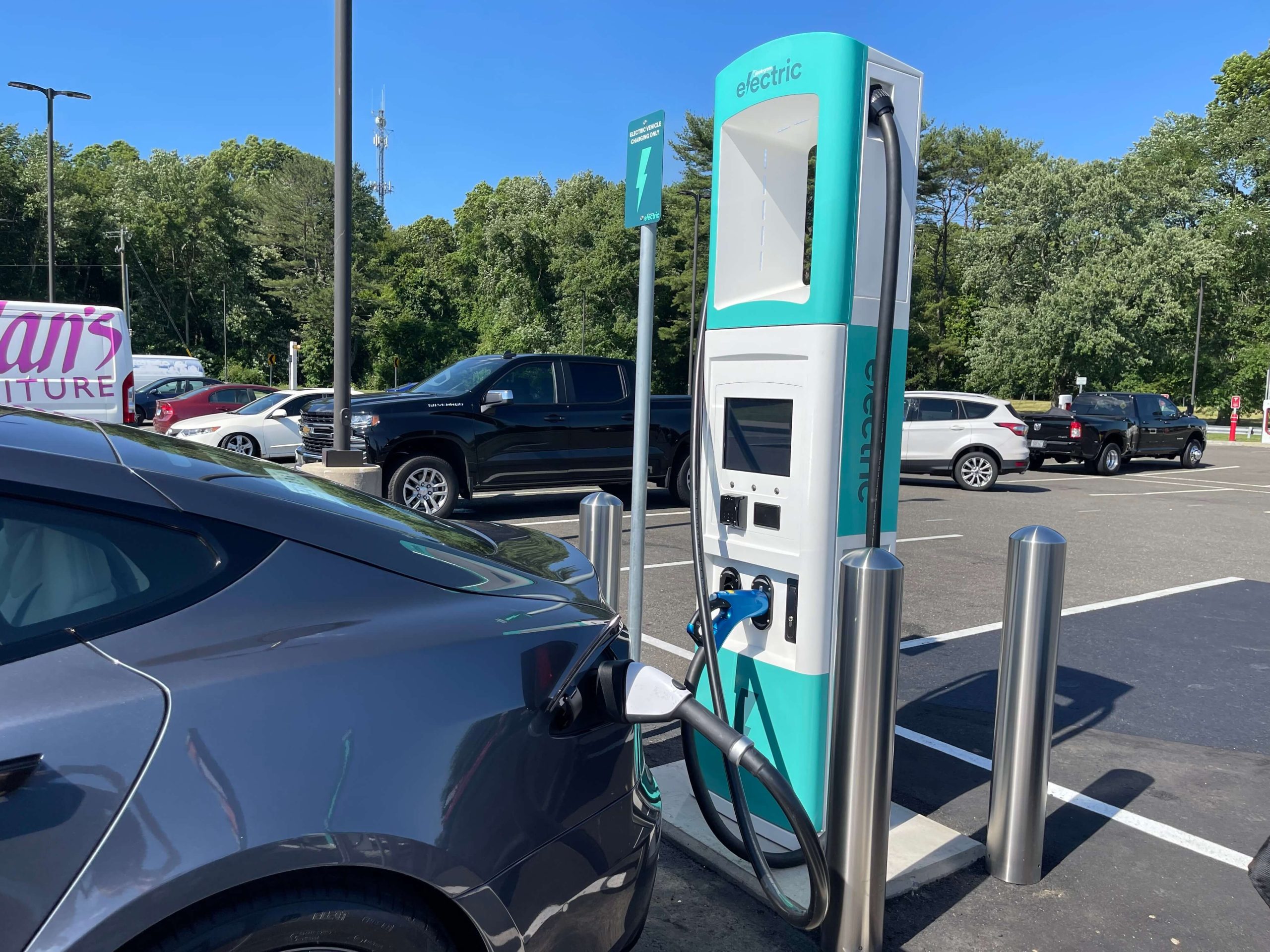 Some EV owners who are interested in participated in the Eversource and UI (collectively, the EDCs) demand/response charging incentives, but do not have/don’t plan to get an approved charger are still able to participate via telematics, where the EDCs communicate directly with the vehicle.

Eversource customers who signed up were seeing frequent battery wake-ups as the car was being pinged every half-hour along with measurable battery drain. This has now been fixed, courtesy of a software update. Also, the demand-response period ends at the end of this month. There will be a new vendor and new process rolling out in 2023.

Eversource has thanked the club, particularly Paul Braren, for the detailed feedback and beta testing of the new software.

This was not an issue with United Illuminating, which uses a different vendor.

Changes Coming for Next Year

The demand response program involved discrete events, meaning periods of a few hours on a hot day, where charging gets throttled. For year 2 and going forward, the Public Utilities Regulatory Agency has asked for an additional option. It is referred to as “managed charging” and proposals are being submitted for approval. Most likely, consumers will have an opportunity to choose A or B, with different incentive levels are associated with each. When details are available, we will update.

Since the majority of registered BEVs in the state are Tesla, the question has come up on more than one occasion of whether Tesla chargers will be part of the program. To this point, Tesla has not submitted a charger for the EDC approval process, and so telematics remains the only option for Tesla owners. There are also a lot of EV owners, and not just Tesla owners, that already have chargers, which may not be part of the program. The telematics option is available for some of these vehicles.

At this point, only ChargePoint and EnelX (JuiceBox) have approved chargers, several models for each. 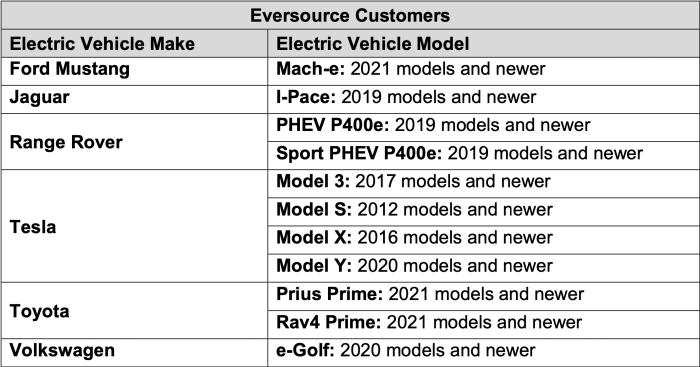 The list of approved chargers and telematics vehicles is currently the same for both Eversource and UI. Eversource has advised us of pending telematics approval for several vehicles from Hyundai, namely the 2021 Ioniq BEV and PHEV, Ioniq 5, Santa Fe PHEV, and Tucson PHEV.