While the growth of the number of EVs registered in the state of CT was a reasonably robust 35% from 2017 to 2018, there are actually very few manufacturers that account for most of them. These data were compiled as part of the Electric Vehicle Club of CT’s annual update of data obtained via a Freedom of Information Act request of the Department of Motor Vehicles.

As illustrated by the chart below, only 3 manufacturers, Tesla, Chevrolet, and Toyota, account for 69% of all EVs registered in the state. 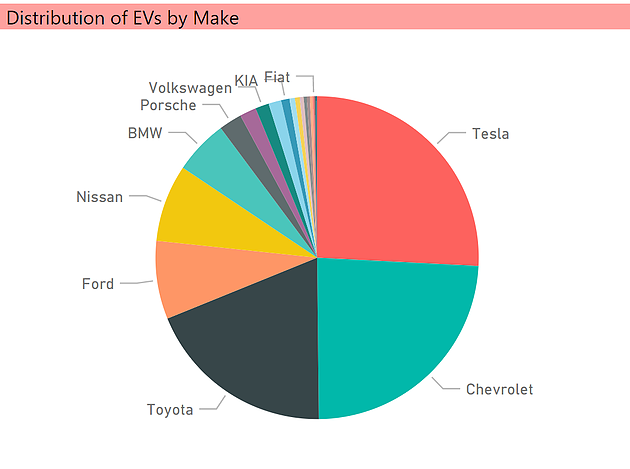 Tesla is the largest with 26%, followed by Chevrolet with 24%, and Toyota with 19%. Recent trends only accelerated that. The growth from 2017 to 2018 was fueled by the same 3 companies which accounted for 73% of year on year growth. If one were to add Nissan, that grows to 80%. 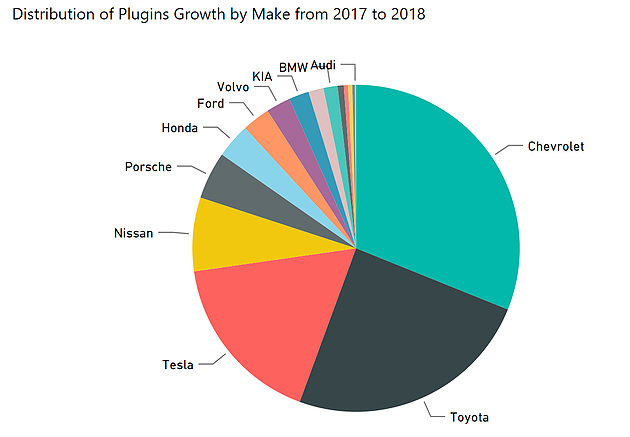 The growth of Chevrolet was accelerated by the introduction of the BEV Bolt, giving Chevrolet two of the top-selling EVs including the PHEV Volt.

Toyota has met with success with its Prius Prime PHEV and that catapulted them from nowhere to third among all manufacturers in vehicles registered.

The big X factor is the Tesla Model 3. When this data set was generated in early March, very few had been delivered to customers in the state. Tesla stated that they have several thousand Model 3 reservations in CT as of early this year. And in August, the Model 3 alone represented roughly half of all plug-in sales nationally according to Inside EVs. We have seen many club members take delivery of this vehicle and fully expect that it will completely upend the current picture.

Let us remind ourselves that as of this writing Tesla is still not allowed to open stores in CT. Many manufacturers have announced ambitious EV plans. We hope they follow through. Our club is brand agnostic, but we support Tesla coming into the state. There is expected to be another attempt pass the necessary legislation to enable it when the next legislative session commences, and we ask our members and friends to reach out to their legislators to let them know there is a deep base of support for this.