The program also continues its recent trend of being dominated by PHEVs with the Toyota RAV4 Prime leading the way. 62 of 90 rebates in December were PHEV. 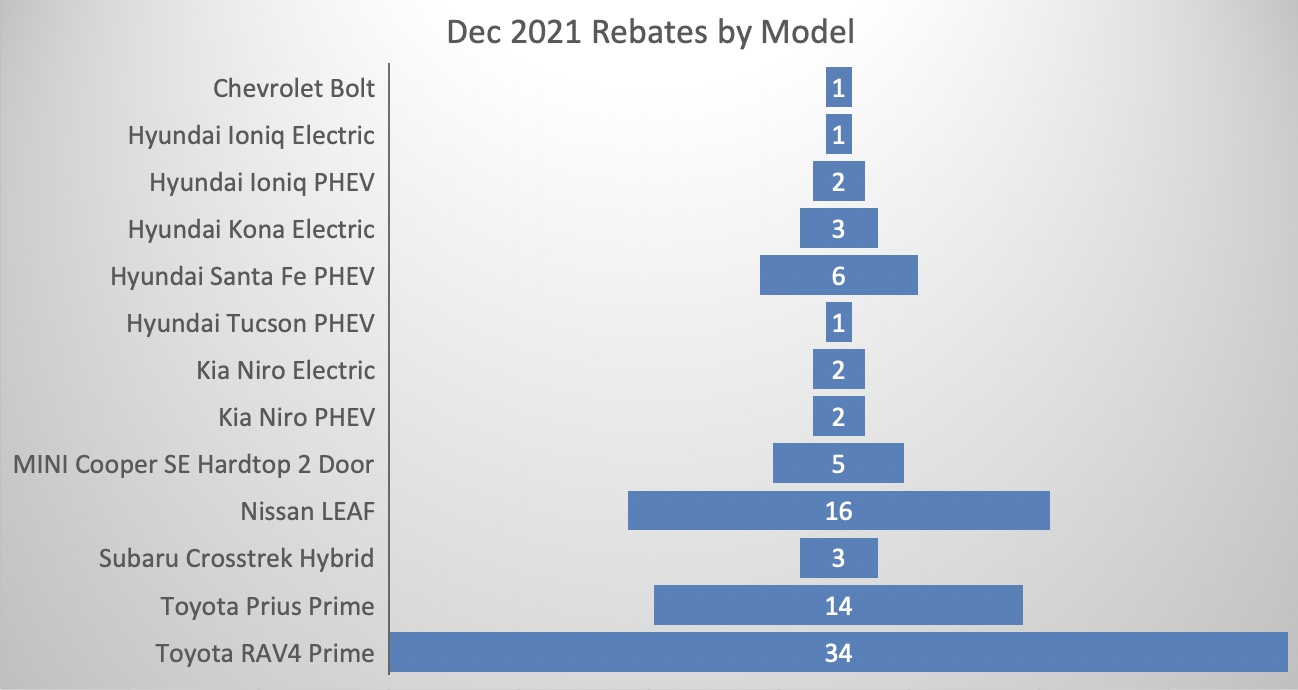 This is the distribution of models for the full year. The Model 3 Standard Range Plus was eligible before the price increase and the Model Y Standard Range was eligible briefly before Tesla halted production. As the year progressed, deliveries of the RAV4 Prime ramped and it correlated with a decline in Prius Prime deliveries. The RAV4 is likely to be a bigger part of 2022. 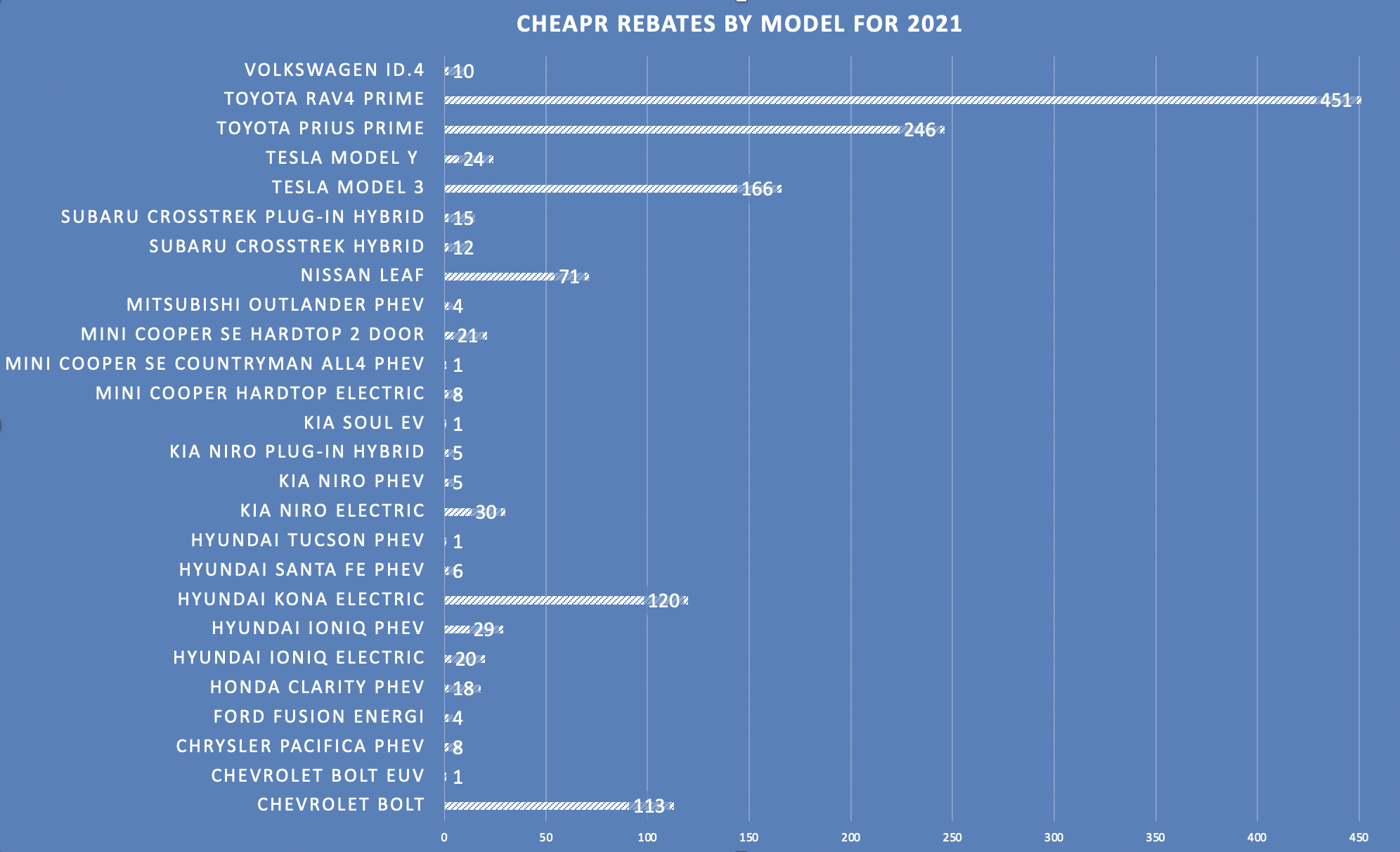 There appears to have been one Rebate+ incentive given in December.

This program has been in a trough for quite some time, and as we’ve written before, the next chance to approve changes will be at the March board meeting on March 16th, 3:00 – 5:00 PM. Unfortunately, their format is for public comments to occur at the end of the meeting. So they are essentially noted for the record and not used as input, something else that needs to be reconsidered.