100 rebates were awarded in October, down from 124 in September. Of these rebates, 1 was a Rebate Plus for a used Leaf. (There have only been 3 Rebate Plus awards to date.) Rebate expenditures year to date (excluding admin and dealer rebates) are $1,394,500. We’ll likely be around $1.7 million for the year, making for the third consecutive year that the program will have been under-spent. If funds continue to roll over, the budget for next year could be over $6 million. At the very least, that provides a more than comfortable cushion for any prospective changes.

The trend of PHEVs dominating the rebates continues with 70 of the 100 rebates falling under that fuel-type. From our perspective, although we’re fine with PHEVs being part of the program, it has a lower emissions impact if they represent the lion’s share. This is likely to continue. The biggest rebate-driver continues to be the Toyota RAV4 Prime, accounting for over half of all rebates. It looks to be a major success and appears to have cannibalized its lower-cost stablemate Prius Prime. The PHEV trend is also driven by the lack of new BEV models that qualify under the MSRP cap and GM’s continuing saga of the Bolt battery recall (manufacturing has still not restarted and won’t this year).

There were 11 Tesla Model 3 rebates, more than any other BEV, but going forward, there will no longer be any Tesla rebates. Tesla slightly reconfigured and raised the price of the base trim level Model 3 about a month ago. According to Tesla.com, the vehicle cost is now $44,990 before taxes, title, and destination charges. The range is slightly increased to 267 miles. 0-60 acceleration is 5.8 seconds, slow by Tesla standards. As the pipeline of earlier orders gets fulfilled, rebates for the Model 3 will cease as it is now above the $42,000 cap.  In terms of newer BEV models, there was one rebate for the Volkswagen ID.4. Not all of the ID.4 trim levels qualify for the rebate. 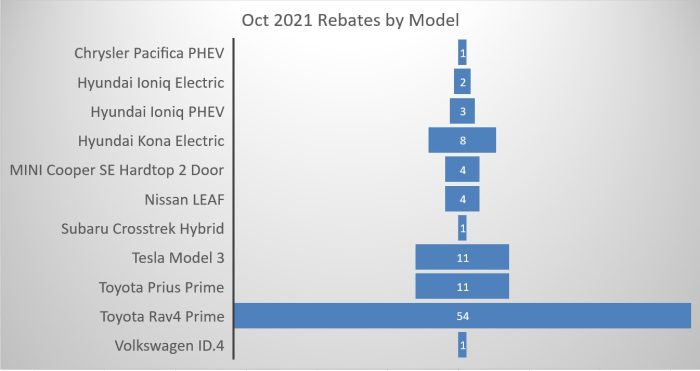 There is a meeting of the CHEAPR board later this month. We hope they will take a hard look at program performance now that there are 5 months of data since the revisions were implemented. We hope they will think about ways to improve the Rebate + incentives, where the parameters are set for the main incentive, and how there are other potential toggles to control the burn rate should changes cause the program to run hot. The CT Electric Vehicle Coalition will be making its recommendations and publishing them here. 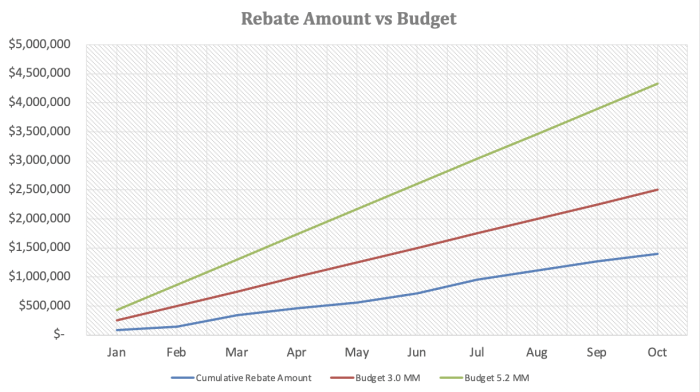