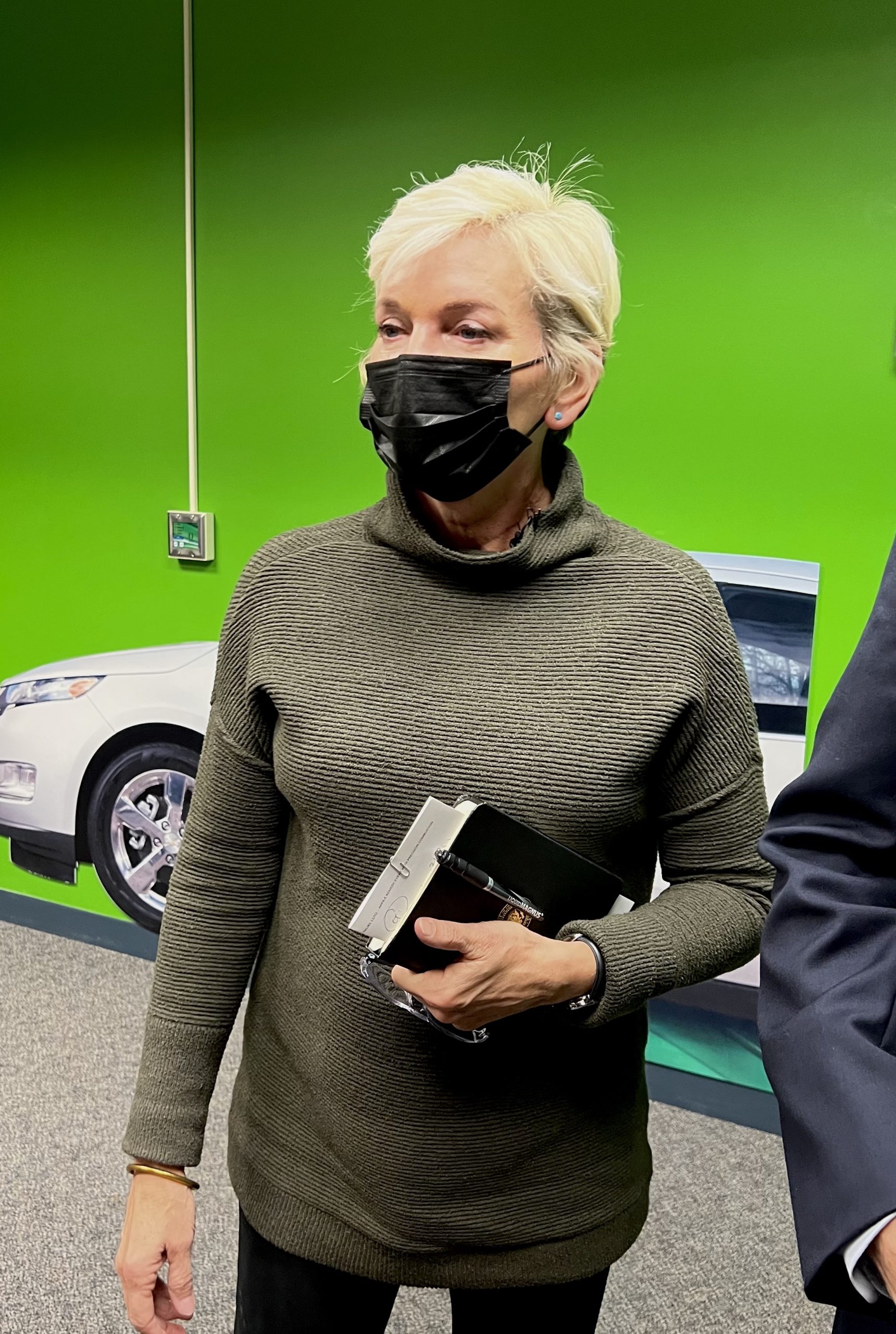 Department of Energy Secretary Jennifer Granholm made two appearances in CT on December 2nd to promote the job-creation and clean energy aspects of the recently passed Infrastructure bill. This first stop in Enfield, where the photo was taken, consisted of a tour of the EVSE factory followed by a press conference. The Secretary also dropped a few words about the EV purchase-incentive provisions and another $6 billion of grant-based EV infrastructure funding for communities contained in the pending Build Back Better legislation. This is part of  a 2-day swing through New England.

The community grants are targeted for people who don’t live in single family homes or otherwise lack access to charging. The EV purchase incentives were described as “point of purchase,” which would be a change from the current tax credit, along with an incentive for used EVs. The Secretary said, “When the president sees stories about climate change, he thinks jobs. He wants to create supply chains here. He wants made in America, used in America, and exported elsewhere.”

A nifty short video was produced by her team about her stops in New Hampshire and Maine. https://youtu.be/tenGvHJZrKw