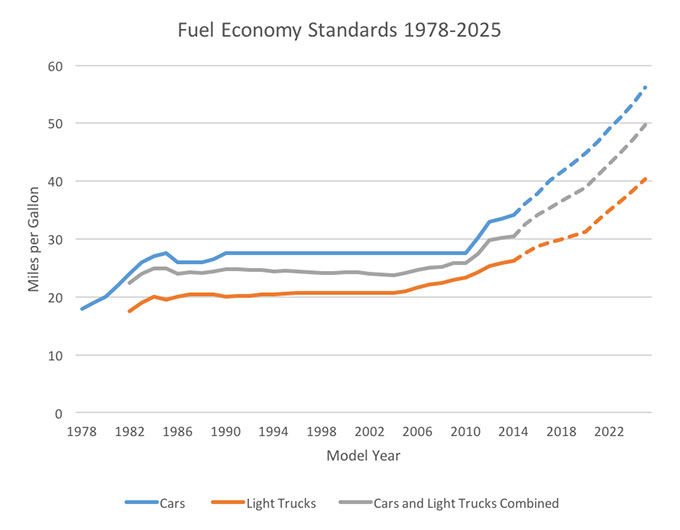 As was widely reported in the press yesterday, Connecticut is one of 22 states and the District of Columbia that filed a lawsuit to block the Trump Administration’s attempt to dismantle the Obama CAFE fuel efficiency standards. This links to the press release from Attorney General Tong’s office.

There are three parts to this legal action as listed in material from AG’s office:

The administration’s rulemaking seeks not only to pull back to a lower MPG standard (and the dirtier air and higher fuel costs for consumers that go with it), it also seeks to block California and other states from following a separate, more stringent standard, which is what the landscape looked like prior to President Obama negotiating the Clean Car Standards with the industry. That was the crux of the compromise: the industry agreed to boost MPG and in return they got standardization. Point number 3, which refers to a “review of SAFE Rule Part 1” addresses the California Clean Act Waiver and the ability of the CARB states to preserve it if the Obama EPA regulations are rolled back.

The 2016 federal mid-term review found that the carmakers had exceeded the minimum requirements to that point and recommended continuing with the second phase through 2025 when the standard tops out at 54.5 MPG for passenger cars and light-duty trucks.

This blog is supportive of the action being taken by AG Tong and the other states. The Obama CAFE rules were not EV-specific, but more aggressively transitioning to zero-emission electric vehicles is the way to most effectively meet (and exceed) the standards.