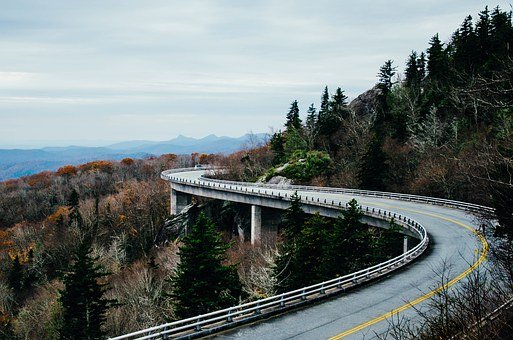 “If I could wave my magic wand and we all had electric cars tomorrow, I think this is what the air would look like,” said Ronald Cohen, a professor of atmospheric chemistry at UC Berkeley who has been studying the effects of the stay-at-home orders on air quality, as reported recently in the LA Times.

The Electric Vehicle Roadmap prepared by the Connecticut Department of Energy and Environmental Protection (DEEP) has been recently released. For all the research and policy thought that went into it, and there is quite a lot, the report reads with a striking lack of urgency and overlooks opportunities to start making immediate progress.

It is tragic that it took a pandemic and its collateral economic damage for us to breathe clean air. CT air quality is often poor as detailed in the Roadmap (p. 12). Worse, preliminary findings from a study conducted at Harvard Medical School indicate that breathing polluted air increases COVID lethality.

As bad as what we are currently enduring may be, it presents an opportunity for us to make changes. If we make the right choices, we can always have clean air, respond to the climate crisis, and create new green jobs. But this requires action. The recommendations in the Roadmap are mostly of a tentative or preliminary nature. These are a few examples.

If we are to have enough public charging to mitigate range anxiety, we need more public DCFC (fast chargers), particularly along the Interstates. It isn’t happening because utility demand charges, which weren’t developed with EVs in mind, make commercial installations economically unviable. Note the “out of order” level 3 chargers on I-95 and the Merritt Parkway (our information is that out or order = turned off).

Demand charges are extra fees imposed if electricity usage exceeds a certain threshold. The purpose is to pay for the infrastructure needed to support peak usage periods and it affects commercial customers. The fees can be substantial.

Pacific Gas and electric in California presented a rate design solution to the regulatory board in 2018 that would use a subscription formula to avert demand charges. The California Energy Commission released an extensive study of how to think about demand charges in an EV world in April 2019.

In contrast, this is the recommendation in the Roadmap: “DEEP recommends exploration of a sliding scale tariff approach for both Eversource and UI that is responsive to DCFC station utilization and EV market penetration.”

There is currently a temporary three-year demand charge waiver in place in CT. We’re one year into it. Few seem to be aware of it. Regardless, a temporary waiver isn’t going to accomplish anything due to the risk of stranded assets. The CT Public Utilities Regulatory Agency has recently issued an RFP for Program Design Proposals with a deadline of July 31. In other words, we’re just getting started.

Time of Use pricing (TOU) is an important consideration both for making EV “refueling” cost-efficient as well as for grid optimization. If you have ever visited this Eversource page, you will see how little CT consumers have to work with. Or if you have tried the energy savings calculator on cutmybill.com, the limitation of only using normative data makes it of little use.

Utilities in Vermont, California, New York, and Massachusetts have implemented residential incentive programs that may include paying for a networked level 2 EV charger or moving the charging to a lower rate for off-peak times. It not only saves the customer money; it saves the utility money as well due to avoidance of adding capacity. Con-Edison in New York has an incentive that works with a device that accesses the vehicle’s telemetry and awards rebates for charging that occurs during off-peak times (even outside of Con-Ed territory).

That said, this is a complex and utility-specific topic. It involves considerations of whole-house or EV only. The latter requires either sub-metering or a networked level 2 charger. The recommendations in the Roadmap on page 68 are, “…explore the potential for an active managed charging program that incents EV drivers to charge during off-peak periods.” “…current TOU rate tariffs should be optimized…” “DEEP will continue to monitor…programs in other jurisdictions…” DEEP alone can’t implement TOU. The utilities must do it. The regulators need to approve it. We would have preferred to have seen more specific recommendations.

CT maintains a fleet of about 3,500 vehicles. The Roadmap recommends, “DAS (Department of Administrative Services) should develop a detailed light-duty fleet transition plan that outlines annual EV procurement targets for the state fleet, beginning with a 5 percent target of eligible state vehicles in 2020…” We assume “eligible” means mainly sedans, since that is the bulk of currently available EVs.

By way of contrast, New York City has replaced a third of its fleet of sedans with EVs as of 2019 and is targeting having 4,000 on the road by 2025. They report a savings of $550 per year per vehicle in fuel and maintenance for an EV sedan relative to its internal combustion engine (ICE) counterpart. And, by the way, they installed 568 charging stations and counting to support this fleet, 65 of which are solar-powered. Finally, the city plans to cut its fleet by 1,000 vehicles as part of an effort to reduce on-road miles traveled. Based on the experience of NY and others, including some municipalities in the state, CT can move much more quickly with low risk.

As noted in the Roadmap, California and New York have implemented voucher incentive programs to offset the acquisition cost of clean heavy-duty vehicles. CA has used this program to fund the deployment of over 4,000 such vehicles. The Roadmap: “DEEP will continue to monitor the effectiveness of freight truck voucher incentive programs in accelerating the adoption of freight trucks.”

New York City plans for its entire transit bus fleet to be zero-emission by 2040.

CT has an EV purchase incentive called CHEAPR. Funding was renewed by the legislature last year at $3 million annually for 5 years beginning with 2020. The incentive plan in New Jersey funds $10 million per year, which translates to 50% higher per capita. And CHEAPR is pacing 75% under budget for this year due to restrictive parameters imposed in October 2019. The MSRP cap should be raised and the rebate levels re-evaluated.

The enabling legislation for the new CHEAPR funding also authorizes an incentive for used EVs with an income cap. Good idea, as there are more than twice as many used vehicles sold each year relative to new vehicles, and it would make EVs more accessible to car-dependent lower-income households. The Roadmap recommends contracting with a program administrator. It is fine to go outside for needed expertise. We just don’t understand why it wasn’t done a year ago when the legislation was passed.

A glaring omission is direct sales. This refers to what has been known informally as “the Tesla bill,” which would allow Tesla to open stores in CT. (It goes beyond Tesla as there are other EV startups looking at this model). This is a politically fraught topic, but what is most disappointing is the way that politics seems to have influenced what is supposed to be a comprehensive policy document. Doing away with the antiquated dealer franchise laws wouldn’t cost the state a penny (it would generate revenue) and would accelerate EV sales immediately.

Many of the subject areas covered in the Roadmap involve more than just DEEP. However, other states have already implemented pilot studies or EV-friendly policies. They’ve run the numbers, and they see that moving to EVs lowers pollution, saves money, and brings benefits to the grid. We can learn from them while simultaneously moving forward. CT is behind the curve, yet this Roadmap takes the scenic route.