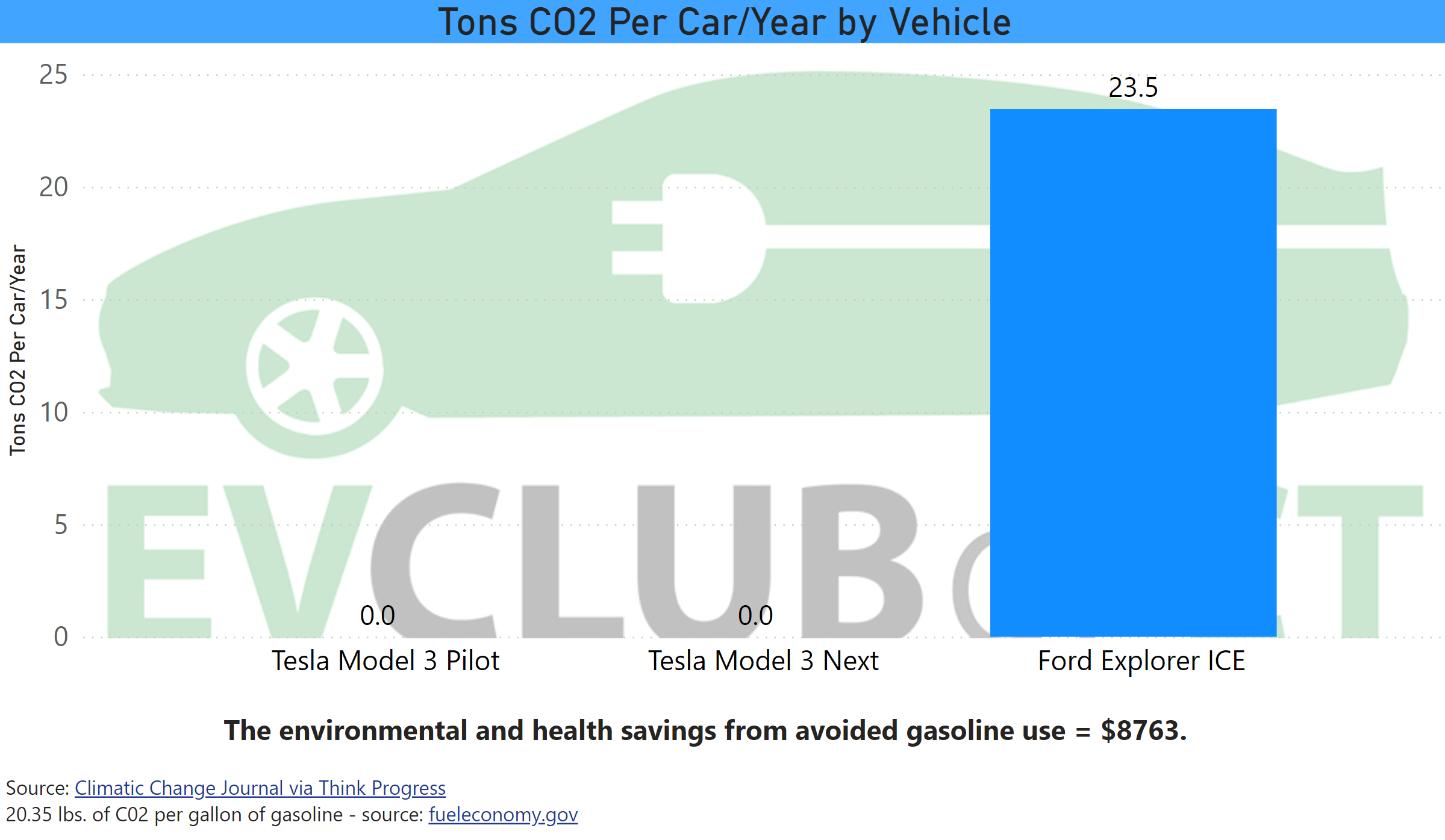 Our small state has big air, as in big air pollution. Part of the reason is that we’re a heavily transited state situated between major metro areas. As a result, 38% of greenhouse gas emissions come from the transportation sector, according to data published by the CT Department of Energy and Environmental Protection, which is about 10 points higher than the national average. The American Lung Association in its State of the Air Report gives every county in CT a grade of F for ozone pollution, the kind of thing that exacerbates asthma and other cardio-pulmonary conditions. This backdrop underscores the importance of getting more zero-emission vehicles on the road.

It should come as no surprise that a Ford Explorer that is subject to heavy police vehicle use burns a ton of gas. The car isn’t fuel-efficient to start with, garnering an EPA-rated 16 MPG. In police use, which veers from extended periods of idling to pedal-to-the-metal takeoffs, the “real-life” mileage recorded by the Westport Police slides to 10 MPG. The Explorer that was used in the financial analysis dashboard was driven 23,060 miles over the course of one year, translating to 2306 gallons of gasoline.

We used data from FuelEconomy.gov that pegs 1 gallon of gas as causing 20.35 pounds of CO2. Most of that weight comes from the oxygen in the atmosphere that is part of the CO2 formation that happens in the combustion process. Here is the specific link that describes the process.

Note: This is a comparison of tailpipe emissions only. There are emissions associated with the manufacture of each vehicle, the fuel sources used to generate electricity in the CT grid, and the many upstream emissions of extracting petroleum, refining it into gasoline and transporting it to the various points in its journey until it is pumped into a gas tank.

Our reference for avoided health costs was the journal Climatic Change, published by way of Think Progress. The data were developed in a study by Drew Shindell, a professor at Duke University’s Nicholas School of the Environment. It’s worth a read if you have the time as it is more wide-ranging than our use of it here which is to narrowly focus on the impact of gasoline. That impact translates to an additional $3.80 per gallon over the retail price in health and environmental costs. Referencing the Ford Explorer’s burning through 2306 gallons, that works out to avoided health and environmental costs of $8763 for one car driven at this level of mileage over the course of one year.