30 EVs Parade from Westport to Fairfield

On a glorious early fall day, the EV Club of CT in partnership with the Sustainable Fairfield Task Force held an EV parade from Westport to Fairfield, concluding with an EV showcase.

The parade was born one year ago as a way to hold an in-person event that would be safe during a pandemic. This year, the environment is somewhat better and we added a showcase as another outdoor event. This past weekend was the concluding weekend of National Drive Electric Week and a full slate of showcases and speaking events was held throughout the state. The EV Club participated as an exhibitor or speaker in several. 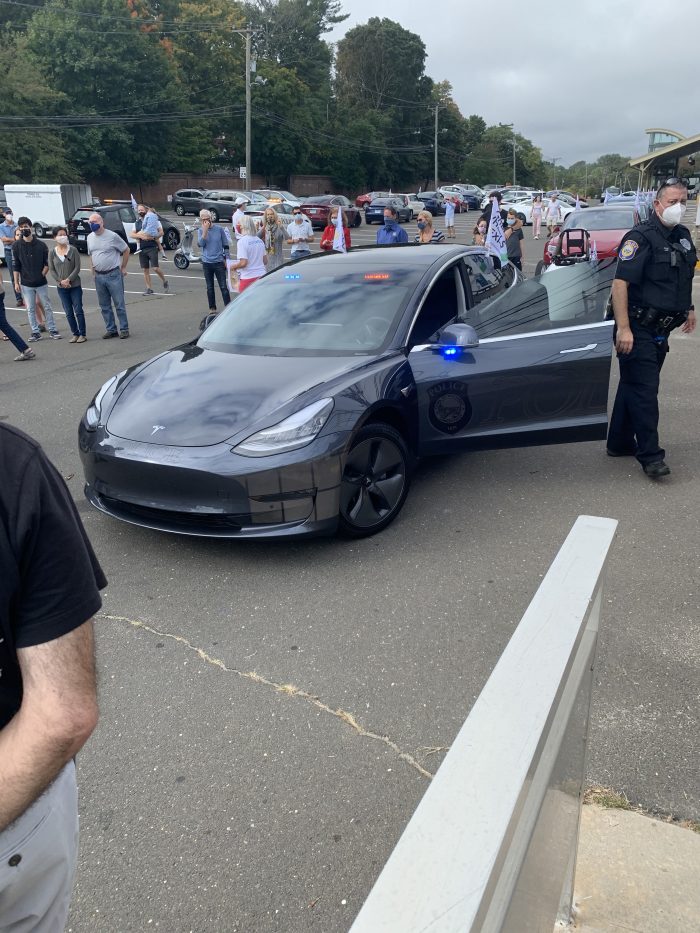 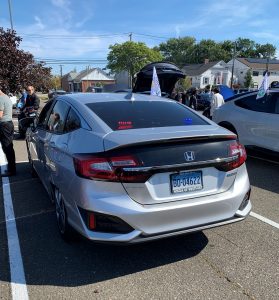 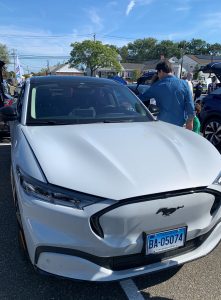 The Westport Police escorted the parade with their Tesla Model 3 police cruiser.

The police brought 3 of their plug-in vehicles, including a Prius Prime used for parking enforcement, and their newest addition, a Honda Clarity (above), used by the detectives.

There were three of the new Mustang Mach-E’s in the parade.

Westport Second Selectman, Jen Tooker, and Representative Jonathan Steinberg were on hand in Westport to kick off the parade.

In the photos below…

Bob Laravie returned this year with his replica 1903 Baker Torpedo. The car is able to be driven and was in the parade. The Torpedo was one of the fastest cars of its time, capable of traveling in excess of 75 MPH. It was the first car to have seat belts.

Barry Kresch and Analiese Paik are in front of the Proterra electric transit bus that belongs to Greater Bridgeport Transit. It is too small to see, but they are holding postcards urging legislators to support the Transportation Climate Initiative in the special session of the legislature.

There have always been a lot of reasons to support TCI but now there is a new and important one. If the Infrastructure and Reconciliation bills pass in Congress, there are a lot of federal funds that will come with state matching requirements. The proceeds from the carbon auction could be used for this match. In other words, TCI could be used to leverage a greater share of available federal dollars. Please contact your state representatives and tell them to support TCI now. 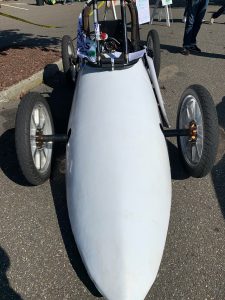 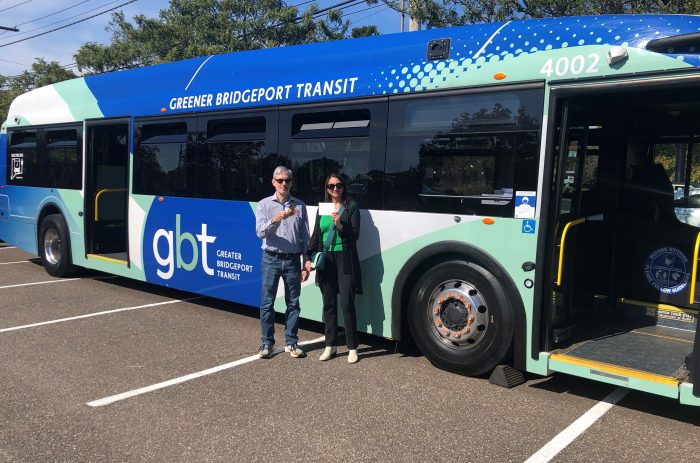