There were 50 total rebates awarded in February 2022. January was restated from 40 to 52. There were no LMI (income limited) rebates as far as we can discern. These rebates are of a different amount than the standard rebate and that is how we can identify them.

There were no actions taken to modify the program at the March board meeting. Of course, even if there were, it would take some time to implement. SB-4, the big environmental omnibus bill raised in the legislature has passed out of committee and is now before the Senate. This bill has several CHEAPR related components that would significantly change the program, in particular by raising the MSRP cap and loosening the LMI criteria. (More details here.) It will be known before the next board meeting in June if this bill will become law. Many bills are written for changes to take place in the fall. Realistically, whether it is legislation or DEEP-driven, that is probably the earliest timeframe we are looking at.

The RAV4 Prime dominant distribution of rebates by model continues. Driven by this, the program remains PHEV top-heavy with 34 of the 50 rebates. 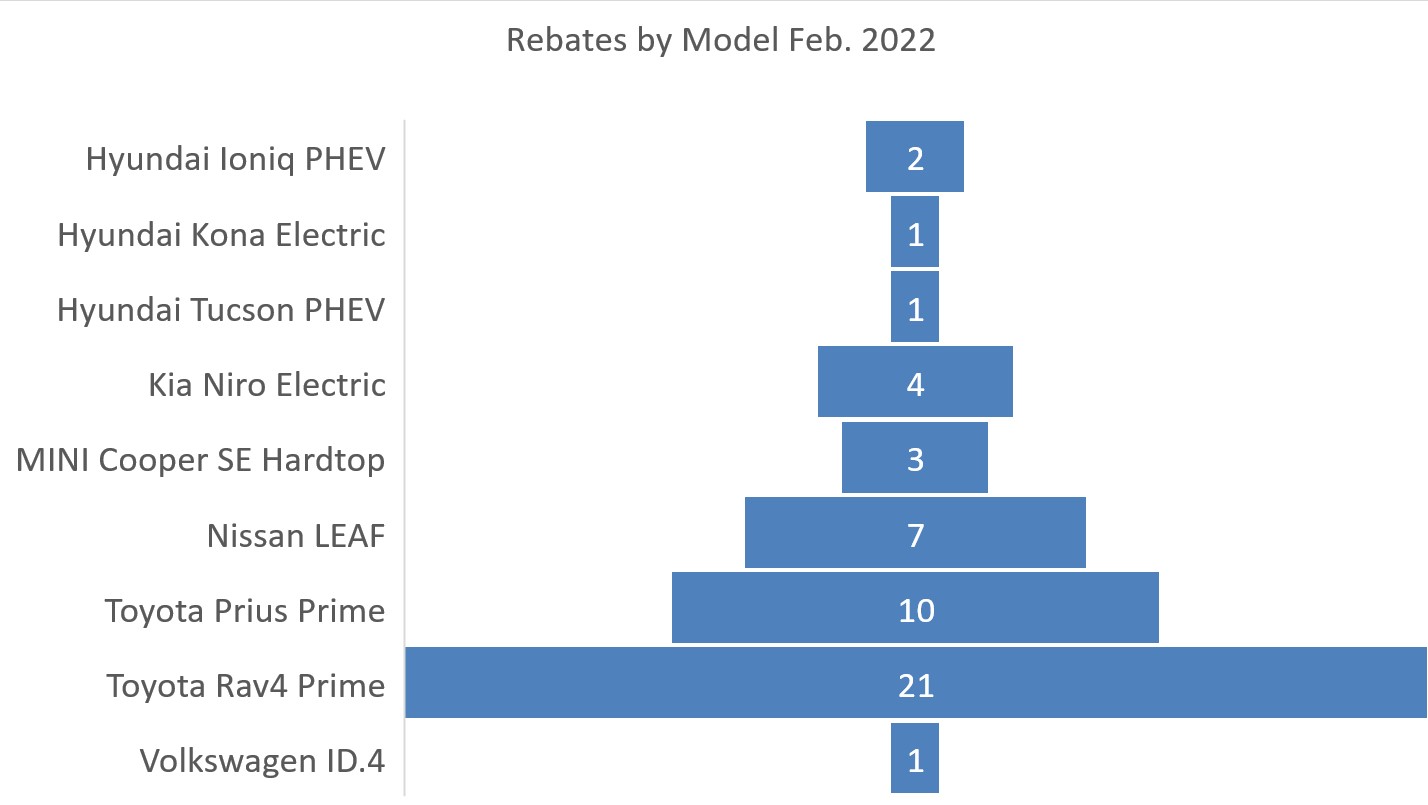 The appearance of the VW ID.4 was nice to see but we have not seen evidence of many of this trim level being delivered. We expect this pattern to continue absent an MSRP cap increase. Nissan, maker of the budget-friendly Leaf, is getting ready to introduce its new Ariya EUV, but the starting MSRP is $46K. To the best of our knowledge, GM has still not resumed production of new Bolts as it is still working its way through the recalled vehicles and dealer inventory, though it should be coming to the closing stage of that. The forthcoming Equinox EUV is projected to have a similar price point to the Bolt, but it is 18 months away.