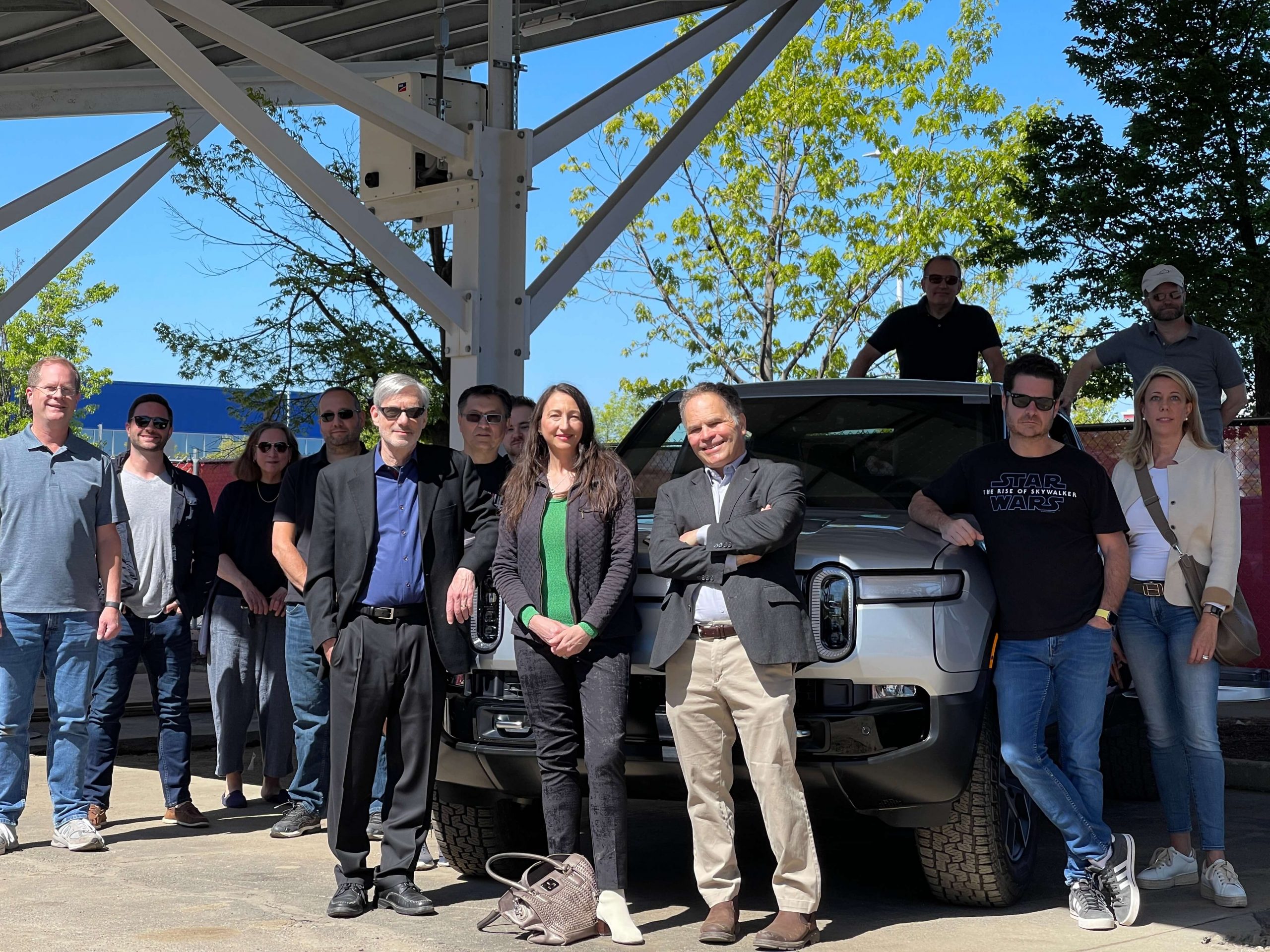 If a consumer wants to go electric and buy or lease not only a Tesla, but also a Rivian or Lucid, to name two of a number of new EV manufacturing startups, they have to travel out of state to do so. For years, CT Tesla customers have been schlepping to Mt. Kisco, NY to pick up their vehicles. It’s long past time for this to stop.

A bill has been raised in the Transportation Committee, SB No. 214, that will amend the law to allow EV-exclusive manufacturers without an existing dealer franchise network to open stores and sell directly to consumers, “direct sales” for short.

The EV Club of CT supports this bill as the current situation is anti-consumer, anti-free-market, holds our state back from achieving its EV adoption goals, and forces its citizens to breathe dirty air. The transportation sector is responsible for 38% of the state’s greenhouse gas emissions, not to mention other pollutants such as particulate matter, making it the most polluting sector.

EV Deployment Is Far Behind Target

These laws are what currently prohibit Tesla and other companies from opening stores in CT. They were written long ago to protect dealerships from being bullied by their own affiliated manufacturers. These laws are not about the consumer and never were.

The language in these franchise laws requiring new vehicles to be sold by an independent business has been conveniently repurposed to exclude new EV manufacturers from opening stores in CT. In other words, the laws are now being used for protectionism.

The Federal Trade Commission has written, “A fundamental principle of competition is that consumers – not regulation – should determine what they buy and how they buy it. Consumers may benefit from the ability to buy cars directly from manufacturers – whether they are shopping for luxury cars or economy vehicles. The same competition principles should apply in either case.”

The Union of Concerned Scientists wrote, “…the dealer franchise laws represent not only a ban on Tesla, but a ban on all innovation in distribution methods.” Also, “There is no justification on any rational economic or public policy grounds for such a restraint of commerce.” They also cite studies showing that these laws restricting new distribution models serve to “raise the average vehicle cost by 8.6%.”

Dealer franchise laws have also been criticized from the right. The Koch brothers signed onto a letter opposing the Michigan version of this law. Their libertarian instincts chafe at the anti-free-market nature of these laws. And the CATO Institute has described these circumstances, “Where state legislatures are captured by rent‐​seeking incumbent market participants…” which impose “unnecessary transactions cost.”

These are but a few examples of the many organizations that support direct sales.

There has also arguably been spillover from the dealership laws as the Hoffman Auto Group, which owns dealerships in CT, has used them as a basis to file a lawsuit to prevent Tesla from opening a planned second service center in East Hartford. It seems Hoffman’s strategy is to make the experience of owning a Tesla as difficult as buying one.

Consumers Want The Freedom To Buy An EV However They Choose

Consumers have made it clear that they should have the freedom to choose where and how to buy or lease an EV.

In a poll taken last year, an identical proposed law, SB 127, polled at an 83% level of support among likely voters in CT. This support cut across party affiliation, age, income level, and ethnicity.

The Transportation Committee held a public hearing on last year’s direct sales bill, SB 127. There are 81 testimonies posted on its website. If one excludes the 9 from individuals associated with the dealerships and the 3 from Tesla, Rivian, and Lucid, we are left with 69 from members of the public at large. All 69 of them were in favor of direct sales. Even with this overwhelming level of support, there was not a single Republican vote in the Senate and an insufficiency of Democratic votes to pass the bill.

Is The Dealership Model Better For Consumers?

During this current period of supply chain turmoil, many dealers have been marking up the cost of EVs (and presumably other vehicles) above MSRP. In a recent Washington Post article, it read “that Ford and GM have warned dealerships to stop selling vehicles above MSRP,” and that GM characterized these markups as “unethical.” So much for the multi-year argument dealerships been making that franchisees protect consumers. Below, from Edmunds.

One of the selling points for direct sales is that there is pricing transparency. You’re not required to give your email to get an online quote, you won’t be forced to visit a dealership to get a final price, you won’t have anyone pestering you afterward to buy the vehicle, and you’re not bombarded with after the sale upsells, or a surprise markup.

This opinion piece in the Washington Post by Ian Ayres, a law professor at Yale, discusses how for customers using dealer financing, the dealerships often markup the interest rate without disclosing this to the consumer. These hidden fees are legal, which they shouldn’t be, but their application in a discriminatory way is not. For example, Honda and Toyota have both settled lawsuits brought by the Consumer Financial Protection Bureau for more than $20 million because minority borrowers were charged higher interest markups than equally qualified white borrowers.

Are dealers selling EVs? We would like to see them be proactive in their EV sales efforts. Every year, they come before the legislature and profess to be invested in EVs. They talk a good game, but what are they actually doing?

The NY Times published an article in 2015 entitled, “A Car Dealers Won’t Sell: It’s Electric.” That was 7 years ago and we have to make allowances for the possibility that things can change. Have they? Judging by data from the CT DMV, not so much. There are 8944 registered Teslas in CT. The number 2 make is Toyota with 3238. Of course, the Toyotas are plug-in hybrids. The make that is number two in BEVs is Chevrolet with 824. Teslas comprise 71% of all the battery electric vehicles currently registered in the state. In 2017, when I first began tracking this, that number was 61%.

This is from an article in TechCrunch, published in 2017, in which the first sentence proclaims, “Mercedes-Benz is the latest automaker to embrace electrification, announcing that it will be electrifying its entire vehicle lineup by 2022,” according to Mercedes-Benz chief Dieter Zetsche. There are 21,382 EVs in CT as of January 1, 2022. 75 are Mercedes.

The headline from a Bloomberg story in January reads,  “Car Dealership Laws Aren’t Fit for the Electric Age.” The first sentence: “More EVs are being sold in states that allow direct sales.”

And the manufacturers have their own imperatives. From Bloomberg Intelligence analyst Kevin Tynan, “If Ford could sell one million Lightnings a year, they wouldn’t,” he explains. “The reason why EV penetration is as low as it is in the U.S., is because that’s what automakers want it to be. People think it’s the consumer pulling — it’s not; it’s the automaker’s pushing.”

This really does matter when it comes to EV adoption, states with uncapped direct sales had 6.8 registered BEVs per 1000 registrations. Closed states had 1.4. CT is a closed state. How much closer to our EV deployment goals would we be and how much healthier would our air be to breathe if we were an open state?

Will Direct Sales Drive the Dealerships Out of Business?

Whenever they testify, that is pretty much what they say will happen. There was one dealer who said during testimony that if direct sales passes, he will immediately start laying off employees. AND IT WILL BE THE FAULT OF THE LEGISLATORS!

The truth is the dealers want it both ways. They say their model is better for consumers. If they really believe that, then why the need for these restrictions in the first place? Then in the next sentence, they’ll say their businesses will implode.

Direct sales has been around for as long as 10 years in some states. So we have comparables! And the dealers are doing just fine in open states according to data from their own national association. A study by the Acadia Center documented this in states near to ours.

The question of how dealerships and the legacy automobile industry writ large will ultimately fare is up to them. If they innovate and compete, they’ll be fine. A few of them have embraced EVs, but judging by the results, not nearly enough. In CT, the dealership special interests have thus far been given the message that they can sit back and not worry about it, that change can happen on their timetable.

There are many EV Club members who own or have ordered a Tesla or are reservation-holders for Rivian or Lucid. For those of us who have made the trek to Mt. Kisco to pick up a Tesla, it stares us in the face that the jobs to build, staff, and maintain the facility are in New York and the company pays property taxes to Mt. Kisco. All of these companies stand ready to invest in CT. And others, as well. CT is sending the wrong kind of signal to any company that is part of the green economy.

Allowing direct sales will help CT meet its EV adoption objectives, will create green jobs, and, most importantly, it is what is right for the citizens of CT Consumers. Tell your legislative representatives that you support SB 214.

How You Can Help

Contact your state senator and state representative. This page will enable you to find out who they are: https://www.cga.ct.gov/asp/menu/cgafindleg.asp

Clicking on their name will take you to their contact form. Tell them you support SB 214 because allowing direct sales allows for free-market innovation enabling consumers to buy the EV of their choice in the manner of their choosing. It will accelerate EV adoption, create jobs, and let the companies of the new green economy know that CT is open for business.

Also, contact your mayor or first selectman and ask them to support SB 214 and contact the legislators who represent their town. Their voices carry weight with the legislature.

8 thoughts on “If You Want To Get a Tesla in Connecticut, Go to Hertz”