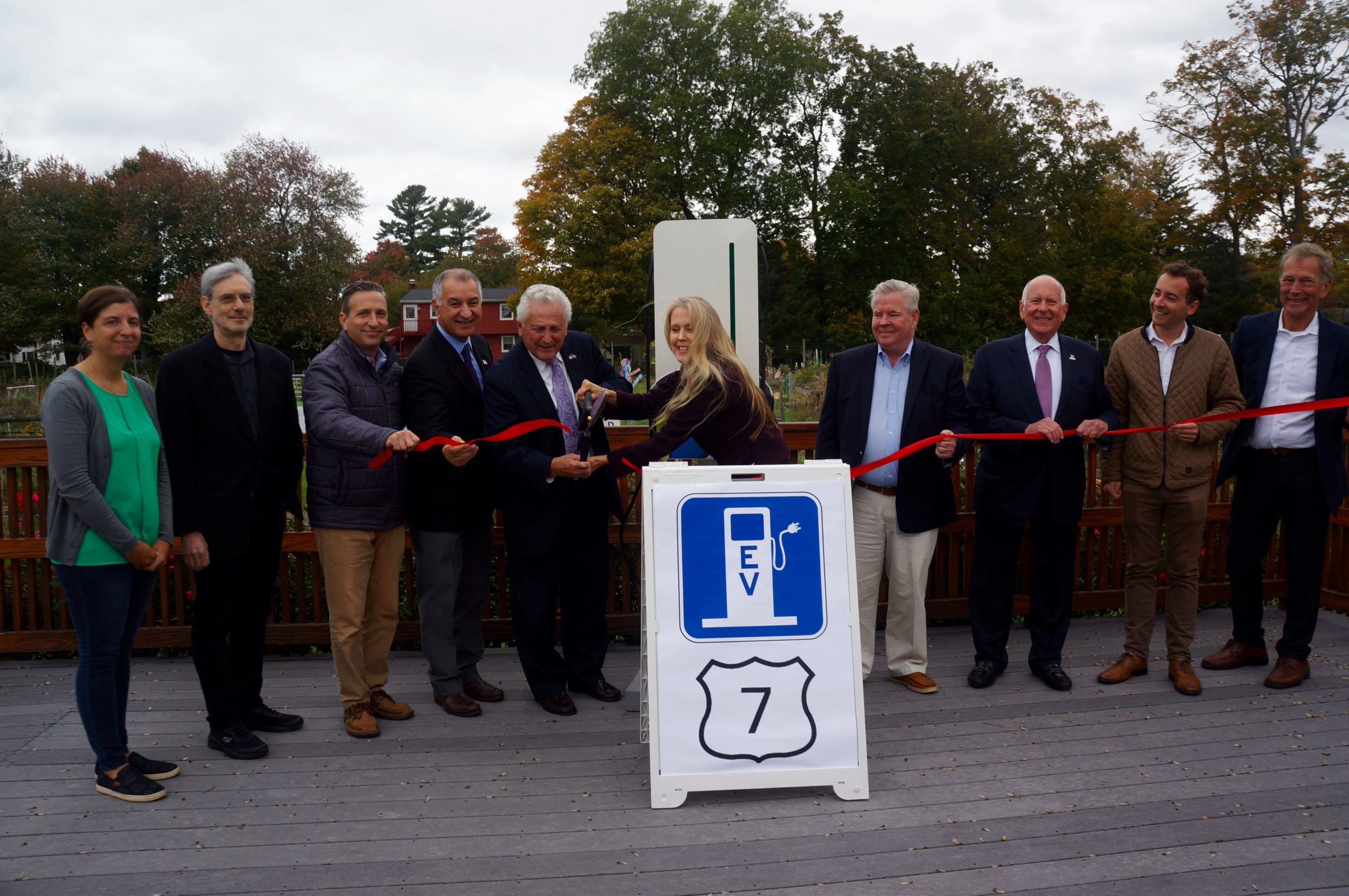 Route 7 is now an EV Corridor as officially designated by the U.S. Department of Transportation Federal Highway Administration (FHWA). These alternative fuel corridor (electric is only one of them) designations are intended to raise awareness among current EV owners and the public at large of the access to nearby charging. This is part of a strategy to promote interstate cooperation and a national build out of charging corridors. All corridor designations have to be re-certified every 5 years. This designation currently applies to the section of Route 7 from the I-95 interchange to New Milford.

Along with the designation, the ceremony held at Fodor Farm in Norwalk also acknowledged the donation of a level 2 charging station by JuiceBar, a Connecticut manufacturer (based in Norwalk) of EVSE.

The presenters were (left to right):