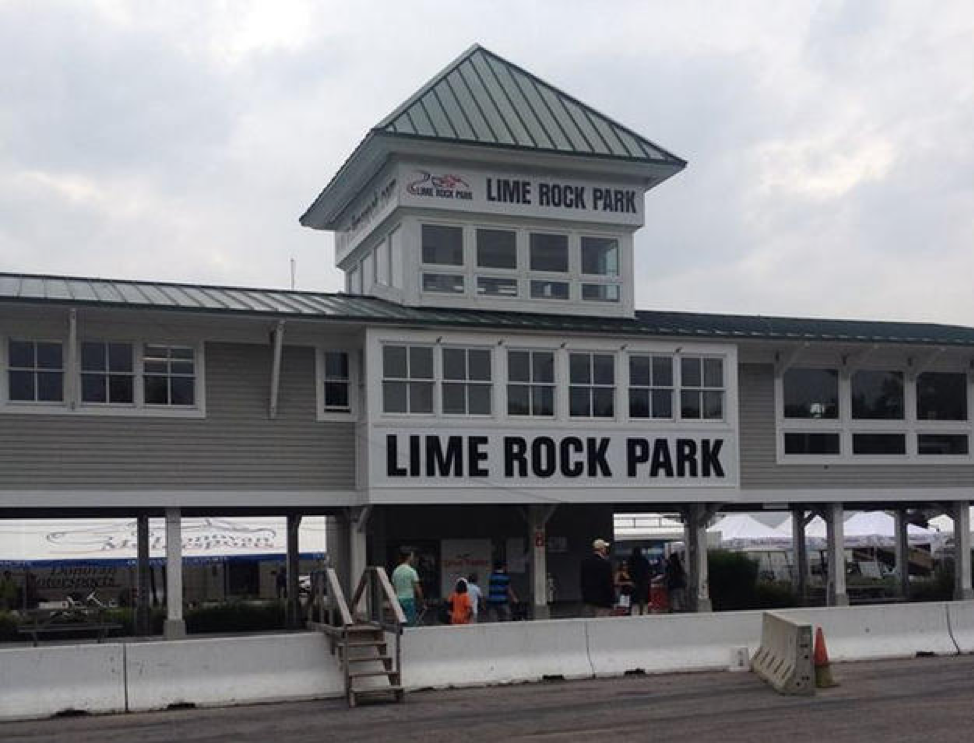 Members of the Westport Electric Car Club in front of the first EV exhibit at Lime Rock Part Historic Fest. 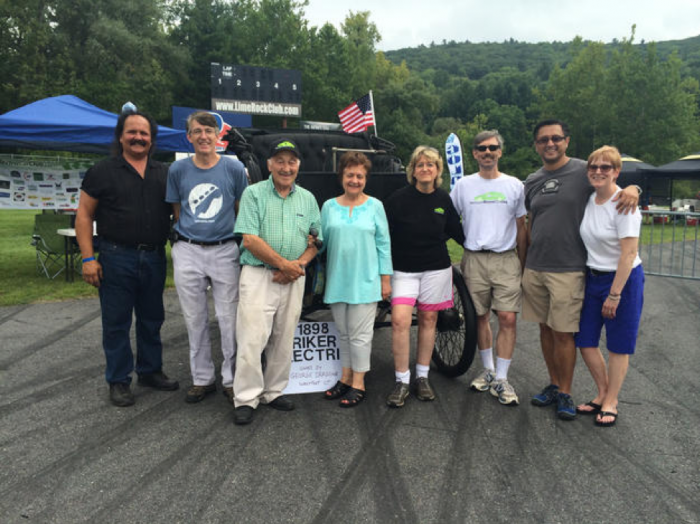 The 1898 Riker EV was situated front and center. Behind it were a Tesla Model S, BMW i3, and Chevy Volt, all part of the WECC exhibit.

Some impressions of a LIme Rock newbie:

Yogi Berra was right: Nobody goes there anymore – it’s too crowded! The crowds, combined with the country roads and one entranceway made for a king-sized traffic jam. Even the food vendors were surprised as they sold everything they had after a few hours.

According to track president Skip Barber, there were approximately 1000 cars lining the 1.5 mile track, every kind of collector car imaginable. Below is a Ferrari from the collection of Ralph Lauren, who was the honored collector.

Fortunately, among all those car buffs and the just plain curious, there were many who stopped by the booth to talk to us. Whenever we publicly exhibit, we note the large number of questions we get. Said another way, as far along as EVs have come, there is still a lack of awareness about the specifics of the various models available. This is a reminder that we are still very much in the early-adopter phase. Hopefully, not too much longer.