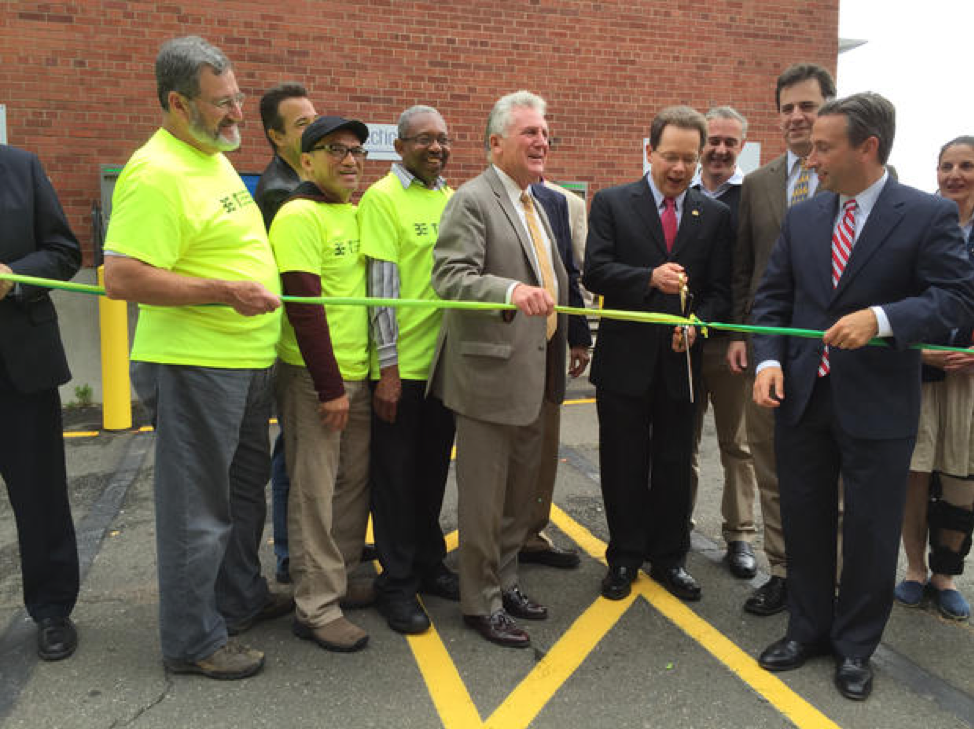 NCC President David Levinson announced plans by NCC for its campus to be carbon neutral by 2025. With that as background, two electric vehicle charging stations have been installed at the NCC West Campus. These stations were funded by a CT Department of Energy and Environmental Protection (DEEP) grant that was obtained for the college by Eric Gribin, the Director of its Building Efficiency and Sustainable Technology (BEST) program.  The grant was supplemented by a donation from Karl Chevrolet of New Canaan.

These charging stations, as described by Tracy Babbidge, the Bureau Chief for Energy at DEEP, are 2 of 265 such installations across 55 towns throughout the state that have been funded by DEEP grants. Ms. Babbidge noted that transportation emissions account for 40% of emissions statewide. The efforts made by the state have earned it a 5th best ranking among all states for energy efficiency, improved from 9th three years ago.

These charging stations are open to the public, and per the terms of the DEEP grant, charging is offered free for 3 years. According to State Senator Bob Duff, 90% of CT residents should now be “range confident,” as opposed to being concerned about range anxiety.

Norwalk’s Mayor Rilling noted that this brings the number of public charging stations in the city to 7, and that Norwalk has accumulated credits to get another 3.