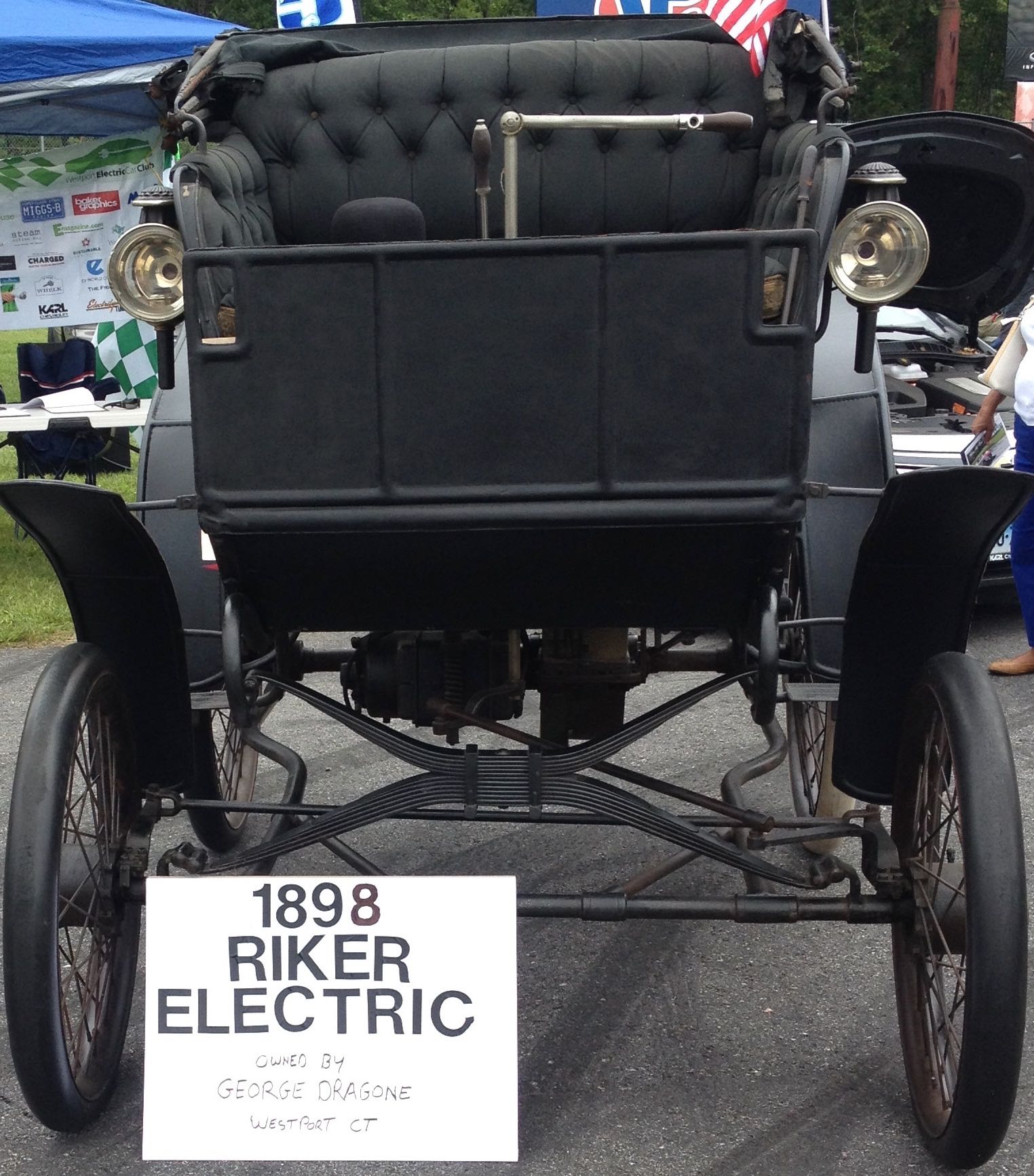 Sales of EVs nationally have continued on an upward slope in 2017, up 44% year over year for the first 5 months relative to 2016. And the availability of models has come quite a ways since the 1898 Riker pictured in the photo above. 32 different plug-in models had sales, compared with 26 in May of 2016. New models that hit the market in late 2016 and early 2017 include the Chevrolet Bolt, a revamped Toyota Prius Prime, BMW 530e, and Mercedes C350e. Of these new introductions, the Bolt is a battery electric vehicle while the others are plug-in hybrids. And, of course, we await the Tesla Model 3, deliveries of which are expected to commence sometime in the third quarter of this year.

In this blog post, the WECC takes a deeper dive into the status of EV ownership in Connecticut.

The information in this post comes from the Department of Motor Vehicles and includes all plug-in vehicles registered in Connecticut as of February 2017. The data set contains no personally identifiable information, just make, model, model year, and city. There is a link to spawn the dashboard at the bottom of the post.

The list was procured by club member Bruce Becker via a Freedom of Information Act Filing. The dashboard was built by Barry Kresch.

Please note that this is a database of registrations which is not the same thing as sales. The year is the model year of the car, not when it was purchased or registered. This affected Chevrolet in particular because GM had a short run of the 2016 model year Volt and the 2017s were on sale in CT by the spring of 2016.

There are currently 4636 plug-in vehicles registered in CT. (There are approximately 2.3 million vehicles in total registered in the state, so, yes, you can still be an early adopter!) This number includes battery electric cars as well as plugin hybrids. Going forward in this post, these are simply referred to as “electric” and “PHEV” respectively. PHEV vehicles have smaller battery packs than electrics and can run on gasoline when the battery is depleted. They are sometimes referred to as “series hybrids.” PHEVs come in many different configurations in terms of how the engine works and the size of the battery pack. In other words, the saying “your mileage may vary” applies in a really big way, but you can at least bank it being high. There is one vehicle, the BMW i3 REX, which has a very small gasoline engine (about 3 gallons) which is an optional range extender intended for emergencies. For the purposes of this analysis, it is considered an electric since that is how it is intended to be used.

The dashboard is interactive. There are 3 pages. Pagination is at the bottom. If you click into one of the checkboxes it will filter the data on that page to that box (or boxes). If you want to check multiple checkboxes, then depress the control key while clicking. (It is a little tricky to click multiple boxes on the web dash. It sometimes needs a double click.)  If you click into an element in a chart, it will cross-filter the other charts. If you hover over a pie slice or a bar, counts and/or percent share will display. See the dashboard here.

The dashboard is best viewed on a desktop/laptop computer. An example of one of the charts is in the screenshot below.

We hope you find it interesting! 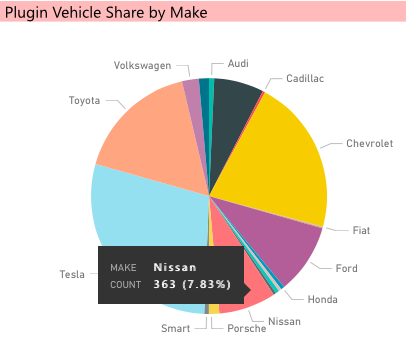