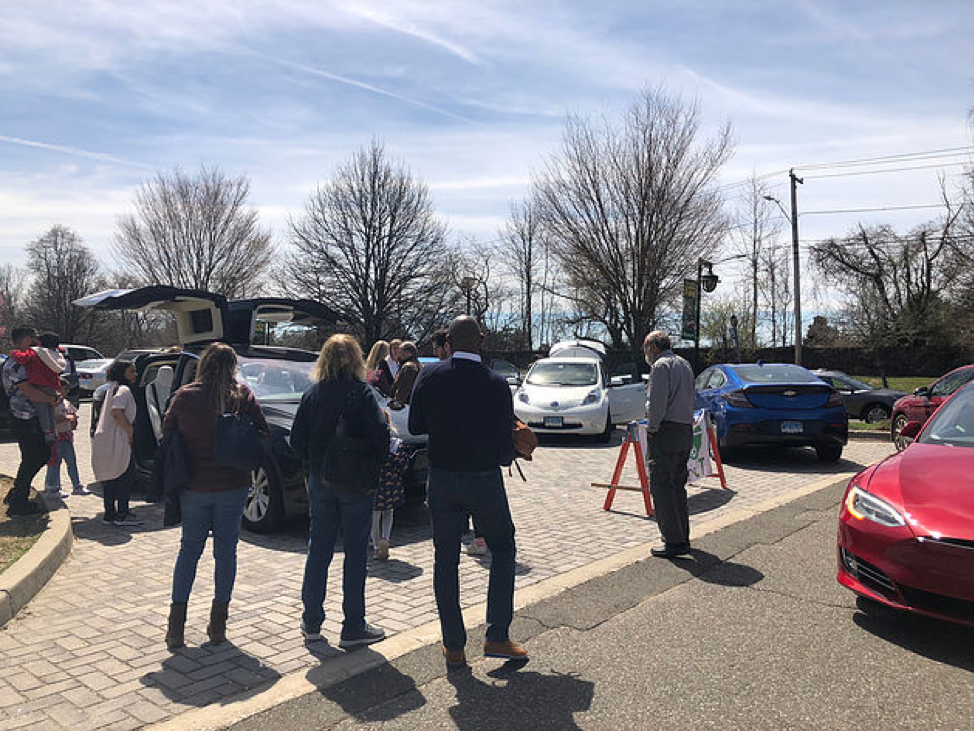 Two Teslas, Two LEAFs, a Jaguar and a BMWi3 – these are the cars EV Club of CT members displayed at the EV Showcase at Discovery Museum & Planetarium’s “Climate Week” Transportation event on Thursday, April 17, 2019, from 11-1. Guests who visited the showcase ranged from families with small children, to Museum board members to various presenters at the event including Katie Scharf Dykes, the newly appointed Commissioner of Connecticut’s Department of Energy & Environmental Protection (DEEP). Various Club members expressed our support to Commissioner Dykes for extending the CHEAPR rebate for BEVs and other alternative fuel vehicles beyond 2019 to further incentivize EV purchases and rapidly expanding the adoption of electric buses for public transit and schools, perhaps with grants.

As enthusiasts, we all sang the praises of our EVs and underscored their benefits including zero tailpipe emissions, ease and low cost of maintenance, positively contributing to the decarbonization of the transportation sector, taking personal responsibility for improving public air quality, and advancing the adoption of EVs in the state by making the cars visible. 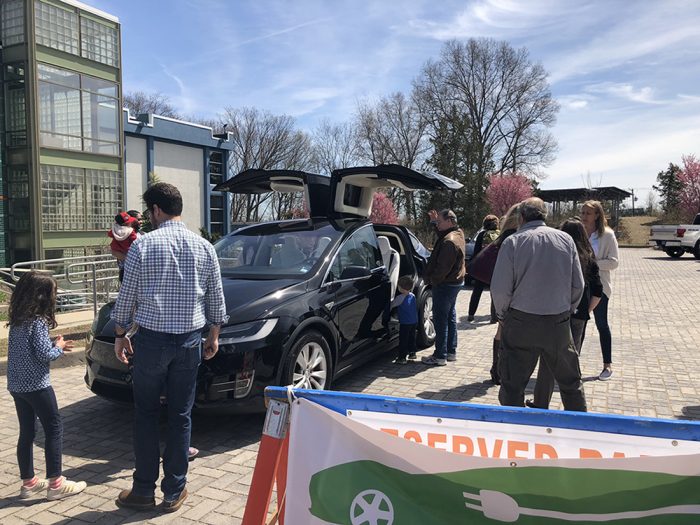 Sunny and warm weather allowed EV Club member Dawn Henry to entertain guests with her Tesla Model X’s performance of Trans-Siberian Orchestra’s iconic rock Christmas song, Carol of the Bells. Watch the video below to see what we mean by performance – lights, doors, wings, mirrors – the car was literally dancing to the music while putting on a light show. Squeals of delight from small children could be seen and heard as they broke out in dance right along with the car. The X got a big round of applause at the end. For an encore, guests were invited to a little lighthearted toilet humor: Emissions Testing Mode with all 6 whoopee cushion sounds. A real hoot. 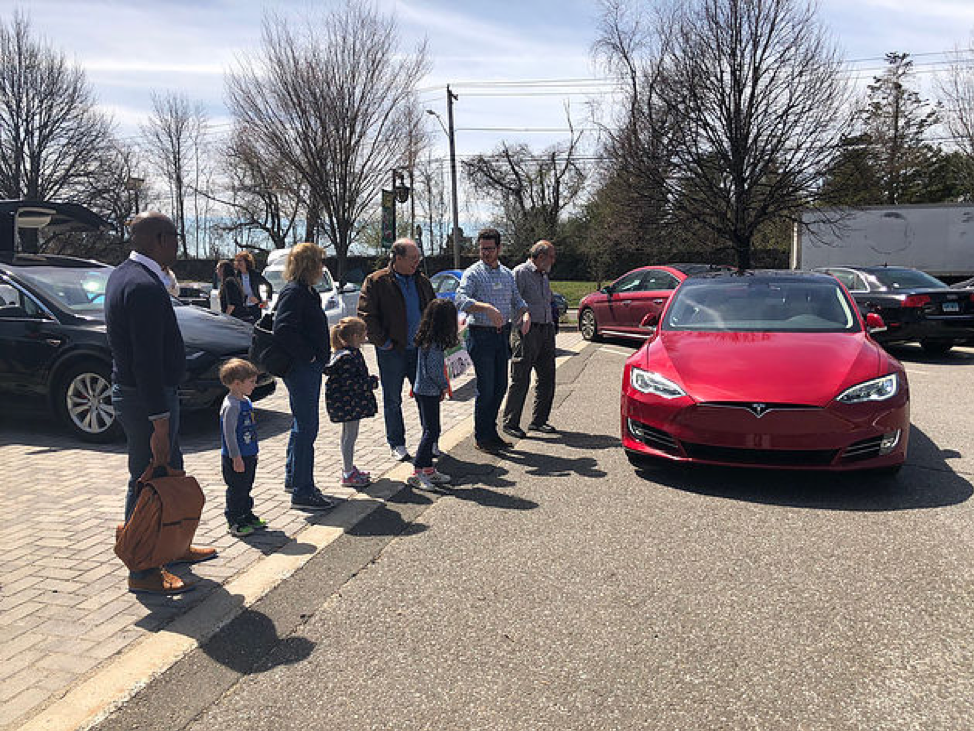 EV Club member and TecKnow founder Phil Levieff’s Tesla Model S wowed guests with its ability to be summoned on command from its owner. The car’s sensors stop it immediately if it nears any object. Smart, connected living – via cars, phones, smart homes, solar power and Tesla Powerwalls – are his expertise and guests were invited to learn more at the Westport Maker Faire on Saturday, April 27. The EV Club will be presenting a showcase as part of TecKnow’s “The Future is Now” smart living experience at their Bedford Square office.

Eugene Tomachinski, an EV Club member and owner of Eugene’s Green Garage, brought a 2016 BMWi3 Rex, which is for sale as a Certified BMW used vehicle with 18,000 miles.

EV Club member David Symington from Jaguar Land Rover of Fairfield brought a brand new Jaguar I-Pace SUV for us all to check out and promised to bring another to the next meeting. The car was just awarded the World Car of the Year at the New York International Auto Show!

Analiese Paik and Jackie Eskin displayed their white 2016 Nissan LEAF and 2012 light blue LEAF, respectively. Comparing them side by side was useful in learning how much changes so quickly in EV technology, but both have steering wheel warmers.

Please join us at the Maker Faire or our next meeting on Tuesday, April 23 at 7 pm at the Higgins Group offices at Bedford Square.