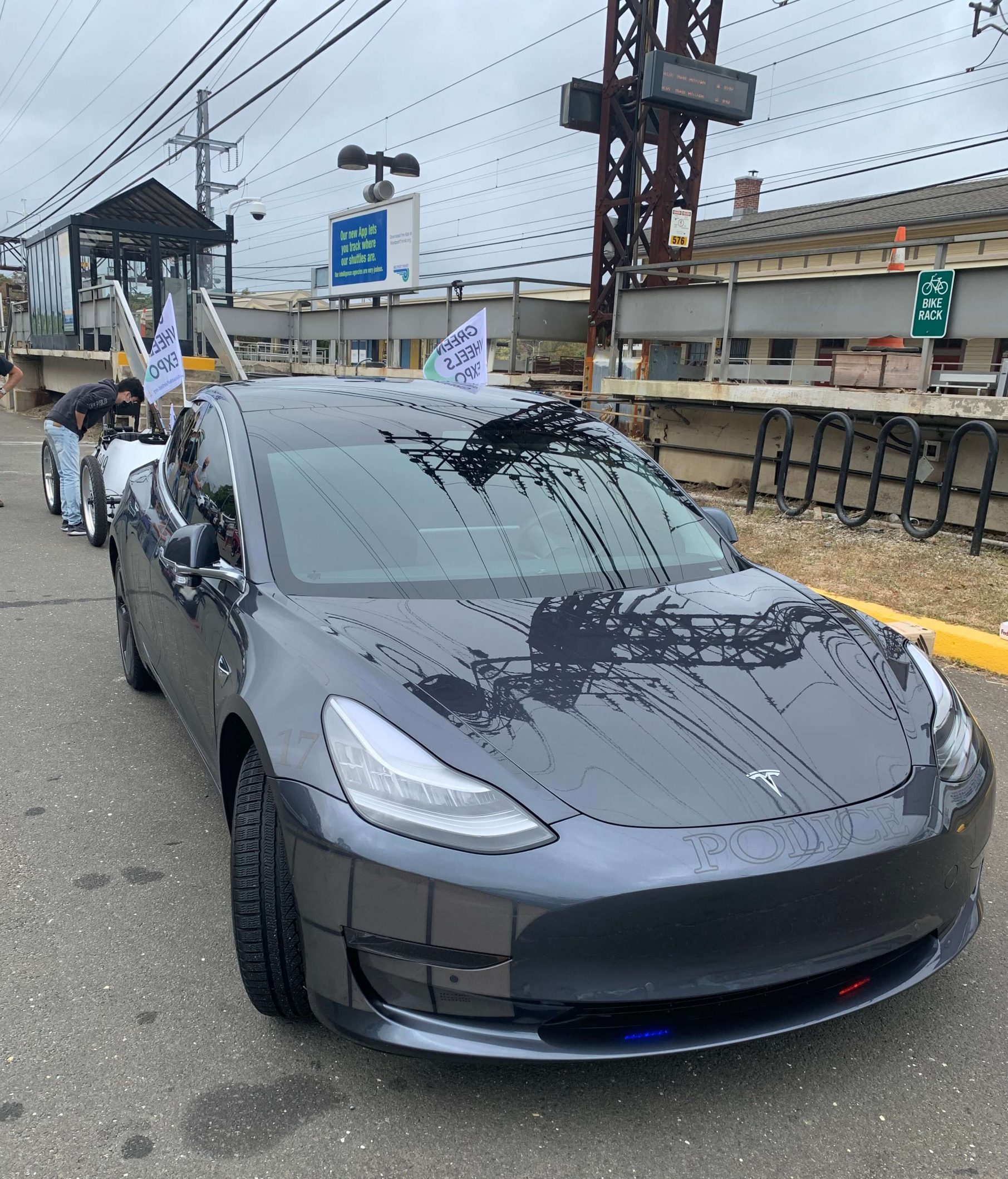 The Westport Police were out in front of the market when they acquired a Model 3 for patrol car duty in December 2019.

What is becoming apparent is that their diligence and attention to detail placed them further ahead than others who made a similar move after they did.

Case in point – how does one handle the police electronics. In a conventional ICE police car, the vehicle is equipped with a heavy-duty alternator. The Tesla doesn’t have an alternator – what to do?

One option, as was done with a Model Y that went into service this past July in Eden Prairie, Minnesota, is to add a second 12-volt battery. 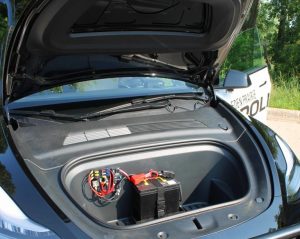 This photo was published in DriveElectricCanada.ca. It shows the additional battery parked tidily in the frunk.

While that works, a more elegant solution was arrived at in Westport, which was to wire the police electronics directly into the large battery. The police report this being a trivial drain. It required the police and Whelen Engineering working with Tesla to do some recoding to make it happen.

The point is that there is a lot there when it comes to the potential to re-purposing the native tech in a Tesla. Westport has also been able to incorporate some of the camera and computing power into the license plate reader.

We don’t know how widely this knowledge about these opportunities to lower the cost of customization is being disseminated, though the Westport Police have more than done their part in terms of being generous with their time and sharing what they have learned.

The police have the approval for another electric patrol car, which will most likely be the Model Y.

Officer Charles Sampson, who was the project leader for the Tesla patrol car, will be driving the Model 3 as the escort for the EV parade on October 2nd. There will be an opportunity to check out the vehicle before the start of the parade. The parade departs from the Westport Train Station at 10 AM. Registration is still open at https://bit.ly/GreenWheels

Drivers should arrive between 9 and 9:30 to give us time to organize.

2 thoughts on “Westport Police Led The Way, And Will Be Again Next Week”